In The Case for Israel, Alan Dershowitz devotes two chapters to people who he refers to as “More Israeli than Israelis” and “More Palestinian than Palestinians.”

He, of course, is referring to people in North America who only add to the flame war by making statements and policies that only create animosity between the two sides while having zero effect on actual policy. After attending rally after rally and hearing the same schtick every time, I became somewhat jaded as to the point of Israel advocacy in Canada and the United States.

Than along came JStreet. JStreet seemed different. It wasn’t adding to the flame war, rather, it seemed as though they were creating a venue for people who had moderate views on Israel but were still highly supportive of the state and proud to be Zionist. In their own words:

J Street represents Americans, primarily but not exclusively Jewish, who support Israel and its desire for security as the Jewish homeland, as well as the right of the Palestinians to a sovereign state of their own – two states living side-by-side in peace and security. We believe ending the Israeli-Palestinian conflict is in the best interests of Israel, the United States, the Palestinians, and the region as a whole.

My love for JStreet officially grew when they started an online petition that (they claim) had a major role in the disinvitation of Sarah Palin to the Anti-Iran Rally in September, an event which I blogged about.

Then, on December 28th, I got an email from JStreet, and all has changed.

I have no issues with someone being opposed to the Gaza incursion. You can very much be pro-Israel and think that this current operation is not in Israel’s best interests. But even with that, I think that JStreet dropped the ball on this one.

I just can’t believe that the people who JStreet claim to represent–moderate, North American Pro-Israel Jews–as a majority, actually believe this. I’m not the only one who has said this either. New Republic Editor, James Kirchick, wrote in Haaretz, that JStreet cannot claim to be pro-Israel if their official policy is opposed to the policy that 80% of Israelis support.

On a larger scale, Rabbi Eric Yoffie, the President of the Union for Reform Judaism, a known Peacenik, called out JStreet in the Forward this week as “appallingly naive” on how they see American Jewish opinion.

No one likes war. No one likes violence. But JStreet has to realize that they aren’t representing Jewish opinion when they send emails and press releases like the ones they did. Sadly, today, I’m a little embarressed to be a JStreet member. 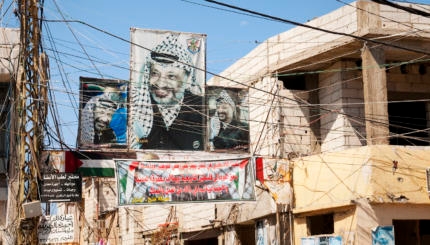 I said I would share my thoughts on My Name is Rachel Corrie, so here goes…Though the play and its ...