I’m dying to see the new Meryl Streep movie, Doubt, about a nun with a bone to pick, but in general I have a very positive view of nuns. So much so that I was particularly impressed by this NPR story about nuns in Maine. Feministing writes:

Basically, the small order or nuns was terrorized by a man who had been part of their community but had a mental breakdown. Two of them were killed and two were severely injured. The nuns saw to it that the perpetrator got put in a mental health facility, but they also did a ceremony in which they washed the feet of his relatives as a symbol of their forgiveness.

Go listen to the story–it’s pretty amazing. But after I listened I wondered about whether or not the nun’s forgiveness was kosher according to Jewish law. And it looks like it might not. Check out our article on forgiveness and weigh in: do you think the nuns should have forgiven in this case? 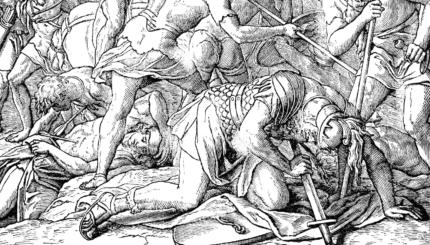 Euthanasia and Assisted Suicide: Some Biblical and Rabbinic Sources

The Torah prohibits murder, and the Talmud maintains the prohibition on active killing, even with the terminally ill.

The Jewish Press just published a poignant (and sad) letter from an Orthodox Jewish man about his struggles with homosexuality. ...