Facts about the Bedouins

Dimona, Israel is known for it’s nuclear plant more than anything else. Most people living in this development town try to get out and move to the more populous and prosperous cities in the country.

But a community of 3,000 recently committed itself to staying in this small desert town for the long haul. The African Hebrew Israelites received a tract of land from the mayor to resettle their community, which now lives in a hazardous, overcrowded compound called the Village of Peace:

On their new property, they hope not only to construct more comfortable dwellings, but also to build tourist attractions such as a wellness resort, health treatment clinics and restaurants, all reflecting the community’s lifestyle. (MORE)

And while they are settling down, another community is being uprooted from the Negev. Fifteen more Bedouin home were destroyed in an attempt to remove illegal buildings:

“This is an ongoing problem,” said Melanie Takefman of the Association for Civil Rights in Israel. The Bedouin are in a “Catch 22,” she said, since it is impossible to get a building permit to erect a structure in an unrecognized village. She added that some Bedouin have “historic claims” to the land they have built on.

About half of Israel’s 160,000 Arab Bedouin live in 46 villages in the Negev, which are not recognized by the state. Many do not have basic services such as running water, electricity and sewage systems. The government has encouraged the Bedouin to move to seven government-planned towns in the Negev. (MORE)

While there is little doubt in my mind that these structure were illegal, it begs the question “Why bother taking them down?” Small, temporary shelters are a mainstay in Bedouin life, even in the 21st century. The Bedouin community has posed few, if any, threats to Israeli society. Rather they add diversity to the population and if anything, help bring tourists to the south. 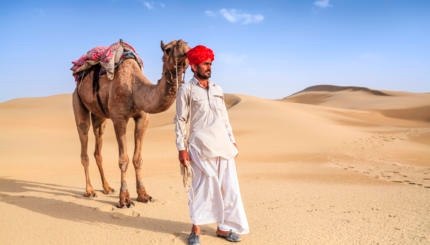 The Bedouins of Israel

Pack of Lies or Ugly Truth?

ISRAEL–LAND AND RESIDENTIAL ISSUES: “We are being sent abroad, quite simply, to lie,” says a senior Israeli diplomat serving in ...