When a Pennsylvania Leader Invited Jesus to Thanksgiving

It’s Thanksgiving reading time. And for us at MJL, that’s got to start with David Koffman’s fascinating article about the shockingly long history of the theory that Native Americans are from the lost tribes of Israel. Bet you never heard about this historical event:

A curious incident that drew considerable attention and “proved,” at least to some, that Native Americans had ancient Israelite origins unfolded when tefillin (phylacteries) were “discovered” in Pittsfield, Massachusetts in the early 19th century. Their discoverer wrote that this “forms another link in the evidence by which our Indians are identified with the ancient Jews, who were scattered upon the face of the globe, and to this day remain a living monument, to verify and establish the eternal truths of Scripture.” (Read more)

Another article worth checking out: Rabbi Michael Broyde’s “Is Thanksgiving Kosher?”.

Want further Jewish Thanksgiving reading? Here are some other sources:

– Ideas for enjoying a Jewish Thanksgiving, By Julie Hilton Danan

– Give Thanksgiving a Jewish Flavor (includes recipes), By Linda Morel

Are Thanksgiving and Halloween "kosher"?

This week’s Jewish Week includes three letters to the editor about Rabbi Michael Broyde’s article that I blogged about yesteday. ... 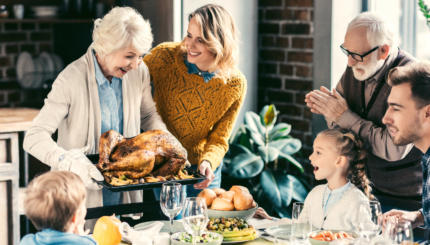