I heard God mentioned approximately 26 times at the GA and all 26 came during the same speech: Rabbi Naomi Levy’s pre-Olmert address at yesterday afternoon’s plenary.

The rare bit of God-talk got off to a strange start. Because of a technical glitch (possibly having to do with the teleprompter), Levy was standing at the microphone for several minutes looking befuddled — if amused.

But once she got rolling, Rabbi Levy brought God into the building with such vigor — asking for protection and peace and hope — that more than anything, it accented how much religious and spiritual language was absent from the rest of the conference.

In truth, the setting — the size of the stage, the dramatic zeal — gave Rabbi Levy’s prayer a mega-church feel that seemed a bit removed from Jewish religion and spirituality, too, but the “God” part was undeniable.

Now, I’m not surprised that a meeting of the organized Jewish community was so devoid of religious content, and I don’t have a strong opinion about whether this is a good or bad thing. But I do think it proves that the “Jewish” in “United Jewish Communities” does not refer to a faith, but rather to some sort of social/ethnic collective. Which, again, is neither fundamentally good nor bad. But it is interesting. 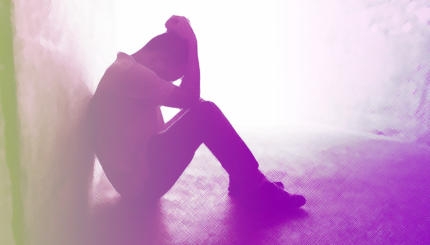 A close read of four biblical verses offers a powerful insight into one of the most challenging questions religion has to answer.

Should Jews feel one emotion over the other--or both equally?

How to Talk to Your Kids About God

Most young children have some concept of God. It is important to respond to their questions with sophistication and honesty.