The story of Houston’s famous Three Brothers Bakery all began in Poland at a bakery called Morris Jucker Bakery, where twin brothers Sigmund and Sol Jucker began baking bread at the young age of 10 years old. But the baking siblings had to take a hiatus from their work in 1941, when the 19-year-olds were sent off to concentration camps. Over the course of the next four years the Jucker twins were quite smart about survival, and used a multitude of skills and strategies to stay alive, including stealing a can of cocoa and taking a spoonful each morning to provide additional sustenance. They were liberated in 1945 and eventually made their way to Houston, where the family has remained since.

Upon arrival, they started working in bakeries. Then they bought a small bakery and eventually expanded it into multiple locations across the city. You can read the entire incredible history of Three Brothers Bakery here on its website. Theirs is a true story of triumph, hard work and the Jewish-American dream. And it’s absolutely inspiring.

I had the honor of sitting down with fifth-generation bakery owner Bobby Jucker, who co-owns the bakery with his wife Janice. He kindly shared his family’s unique history as bakers, while we noshed on an impressive array sweets, challah and coffee. Bobby clearly takes great pride in the family business, stopping several times during our conversation to help or chat with customers. 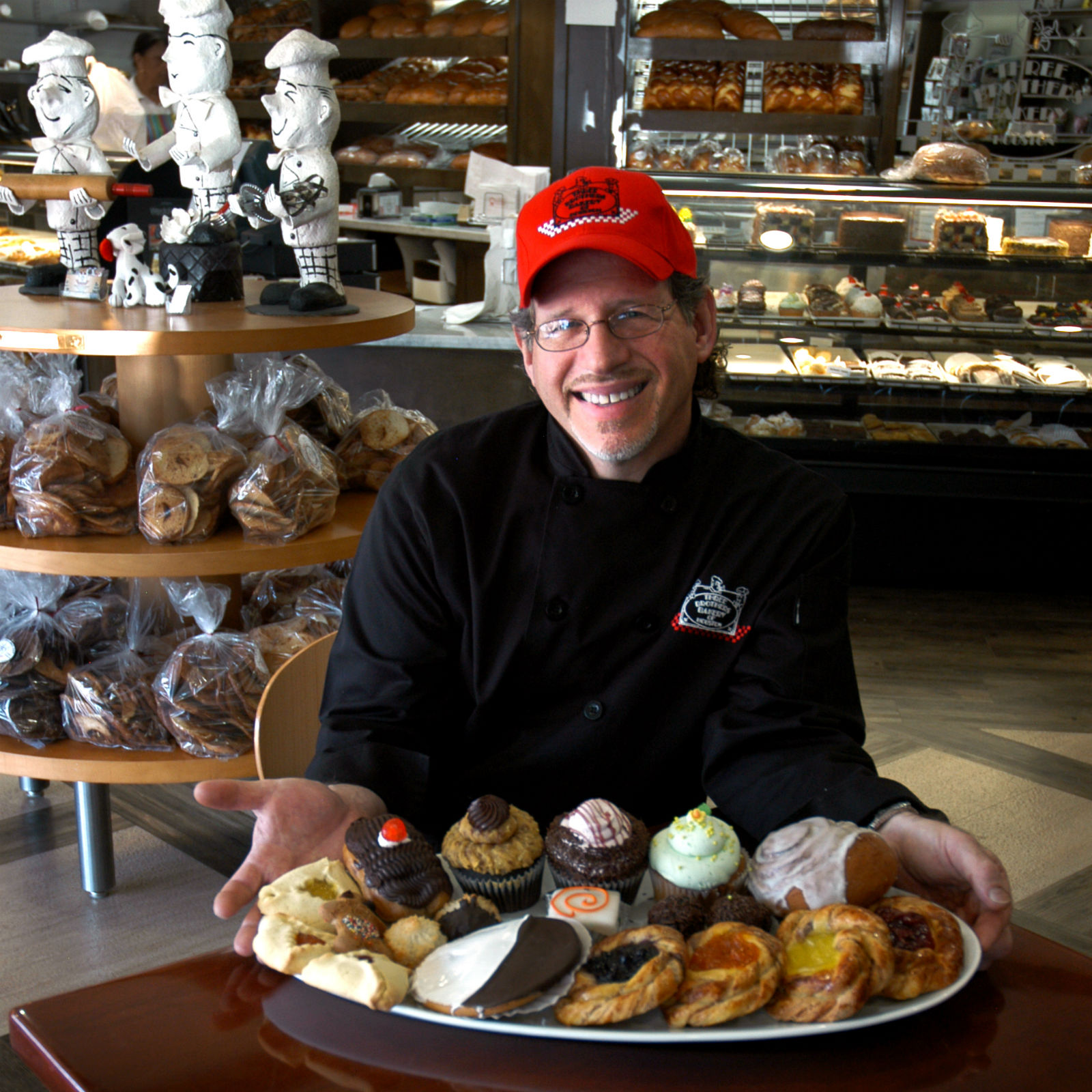 The bakery is a massive operation featuring all the classics you would expect from a business rooted in such European tradition. Its hamantaschen are THE BEST I have ever eaten. Ever. (And I wrote a cookbook that features an entire chapter on hamantaschen, so I’d like to think I have a smidgen of expertise). Its coconut macaroons are perfectly creamy, delicious enough to devour whether during Passover or not. And the rugelach are flaky and buttery, just how you want them.

But Three Brothers Bakery isn’t just doing the classics, and that’s just one of the things about this bakery that is so impressive. It is certified kosher, featuring dairy and non-dairy offerings and selling over 400 different items, each one more delicious than the next, from pastry to bread to cake balls and gingerbread cookies. Many of its sweets are award-winning and its pecan pie has even been named the best mail-order pecan pie in the entire country by Country Living Magazine. Twice. And it ships — so yes, you can order this for your celebrations. It is even roasting its own coffee, a feat that required current owner Bobby to go to coffee-roasting school in Idaho. 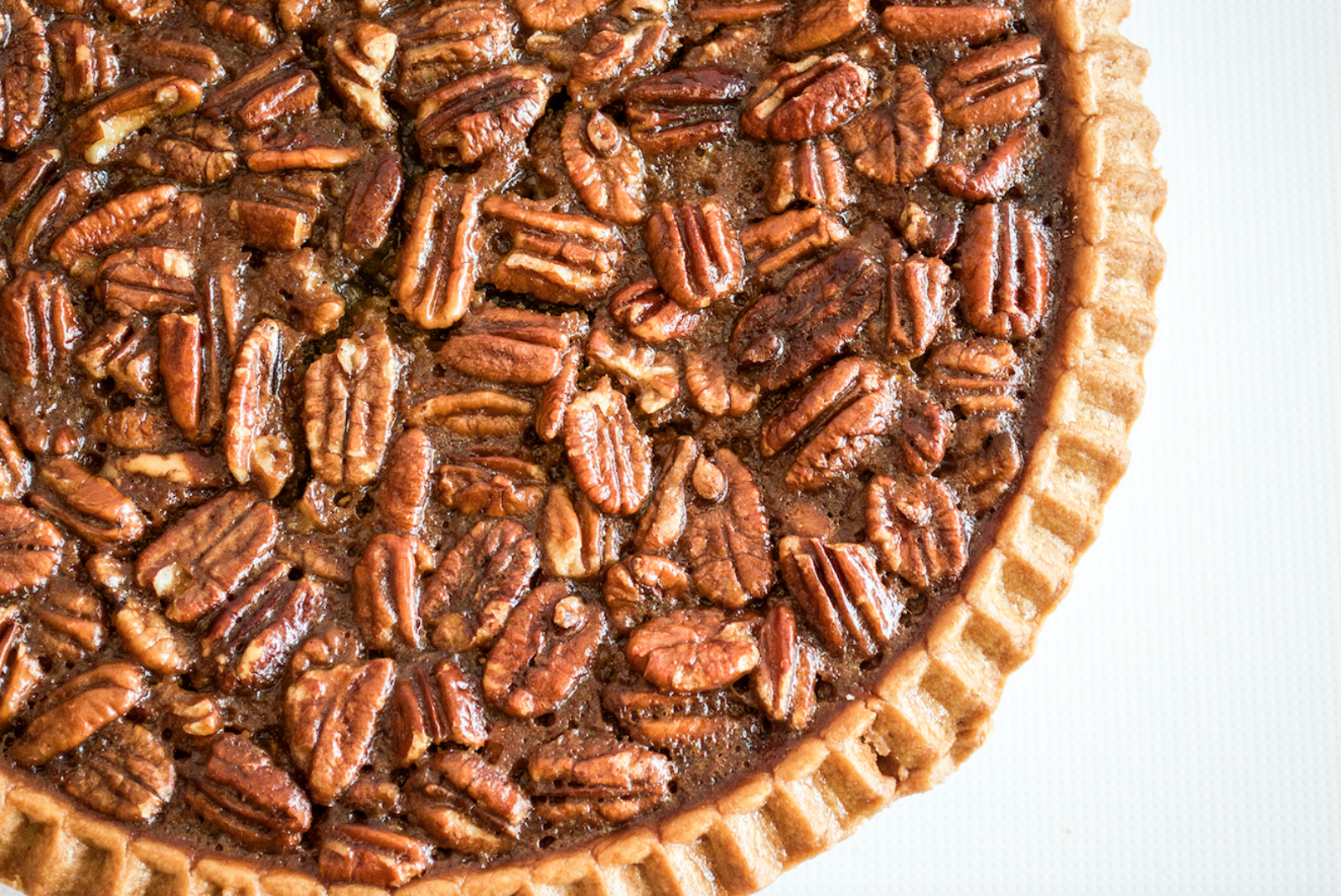 The main location of the bakery has flooded, not once or twice but three times, and recently had to be rebuilt quite a bit after Hurricane Harvey devastated the city. But when I visited, the bakery was very much up and running, had recently been re-painted and many new precautions had been put into place in case of another flood.

Bobby swore to me he doesn’t want either of his kids to take over the business, so I am hoping he will adopt me instead, so I can inherit such an incredibly delicious, and deeply sacred piece of history. For now I would just like to inherit one of Three Brother Bakery’s epic PUMPECAPPLE PIE CAKES it makes for Thanksgiving — it stands 11 inches tall, weighs 24 pounds and has been featured on The Food Network!

If you find yourself in Houston, I do hope you’ll make a trip to check out this amazing bakery, and then order one of everything. 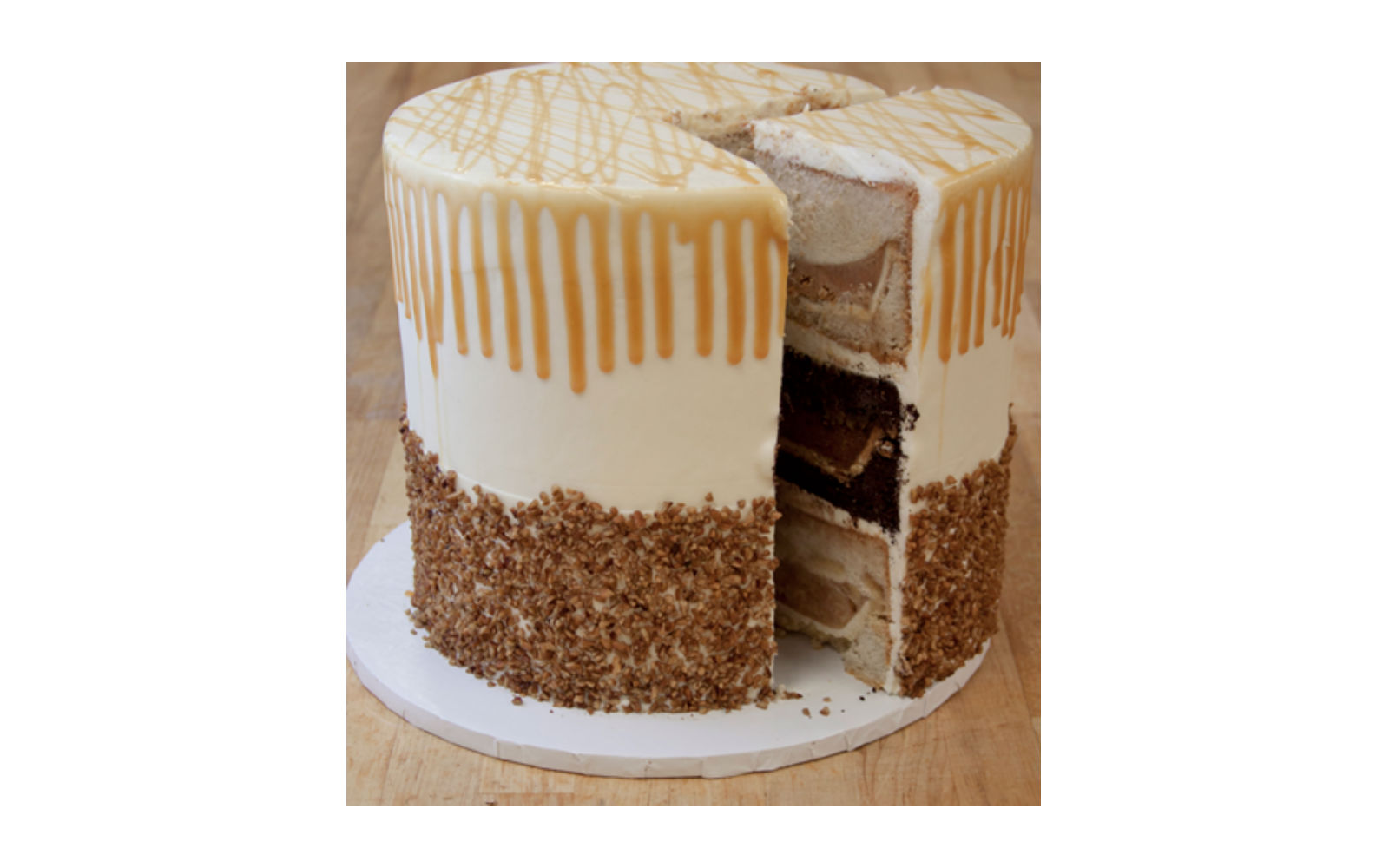