Shirley Temple may have liked animal crackers in her soup, but if she were Jewish, I’d bet shekels to sufganiyot that she would have preferred shkedei marak.

Also called mandlach or mandlen in Yiddish, shkedei marak (which means ‘soup almonds’ in Hebrew) is the broad term for croutons of diverse forms that are used as an accompaniment or garnish for soups and stews. However, because of their exterior resemblance to nuts, they are affectionately and most popularly known as “soup nuts.”

Like “grape nuts,” “soup nuts” do not contain legumes. Soup nuts are thought to have originated in Ashkenazi Jewish cuisine as a workaround of sorts to enjoy some (unleavened) starch with your soup during Passover. Their savory, crunchy mouthfeel eventually led them to be a staple accoutrement year-round, and prominent Jewish food manufacturers began adding them permanently to their product lines. Although for decades the Osem brand had the corner on the market with regards to mass-produced soup nuts, other companies, such as Vita and Knorr now offer competing varieties. Today, you can even get your soup nuts fix on Amazon, with the added bonus of reading pithy reviews, such as: “kind of like Jewish oyster crackers, but kosher.”

While soup nuts traditionally are formed to look like petite nuts, they have appeared as rings, stars and fish (take that, goy Goldfish!).

If you love shkedei marak, but don’t favor store-bought versions, DIY soup nuts require minimal culinary prowess. The most basic recipes call for eggs, matzah meal (or wheat flour) and vegetable shortening or oil. Once you have assembled the dough, simply roll it by hand into small balls and bake on a parchment-lined sheet on high heat until the surface of the spheres is a cozy chocolate brown. You can also deep-fry your dough balls to produce a terrific circumferential crisp that stays crunchy even when fully immersed in broth. Season with salt and pepper, though for additional dimensions of botanical flavor, I suggest dried garlic or rosemary.

Soup nuts are considered a comfort food in the collective Jewish culinary consciousness, and are often nostalgically referenced in popular media. For example, in Jermon Charyn’s crime novel, “Elsinore,” former hitman Sidney Holden bonds with Brian Calendar over his enjoyment of “soup with special little nuts.”

Soup nuts (as the name implies) are intended to be scattered over soup, and due to their versatile pareve status, can be liberally sprinkled over dairy, as well as meat-based broths. Manischewitz, however, encourages its customers to branch out with regards to deploying soup nuts, and sprinkle over salads and even desserts (their packaging includes a recipe for mandlen strawberry trifle). And while soup nuts are ostensibly a side-note to soup, their toothsome flavor and addictive texture has led them to evolve to the status of stand-alone snack. In other words, it is totes kosher to chow down on shkedei marak in and of themselves — no spoon required. 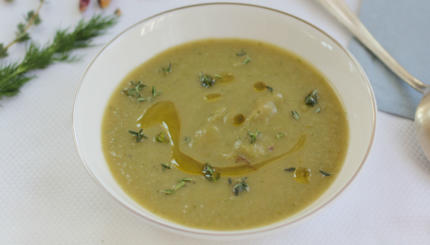 This velvety, bright green soup is easy to assemble, puree and re­heat. 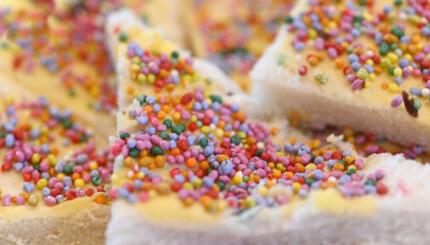 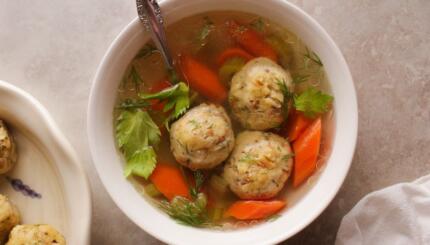 Caramelized cabbage and onion get added right into the matzah balls with this rich soup.