The story of the Jewish deli couldn’t be more American. After all, those of us who are descended from European Jews weren’t exactly eating pastrami sandwiches on rye with mustard back in the shtetl. What we consider Jewish deli food is truly an American Jewish invention. And perhaps even more American than the story of the Jewish deli is the fascinating story of Ziggy Gruber, a third-generation deli owner and chef, dubbed “The Deli Man” himself, who owns and operates Kenny & Ziggy’s New York Delicatessen in Houston, Texas. There’s even a movie all about Ziggy called Deli Man, which you can currently watch on Amazon Prime or download on iTunes .

I had the pleasure  of visiting Ziggy recently in Houston and learning how a New Yorker from a deli dynasty ended up in the heart of Texas serving up some of the best Jewish deli food I’ve ever tasted; his food has even been featured on The Food Network’s Diners, Drive-Ins and Dives, which made my dad pretty excited when he saw I was hanging with Ziggy and the biggest deli sandwich you’ve ever seen. 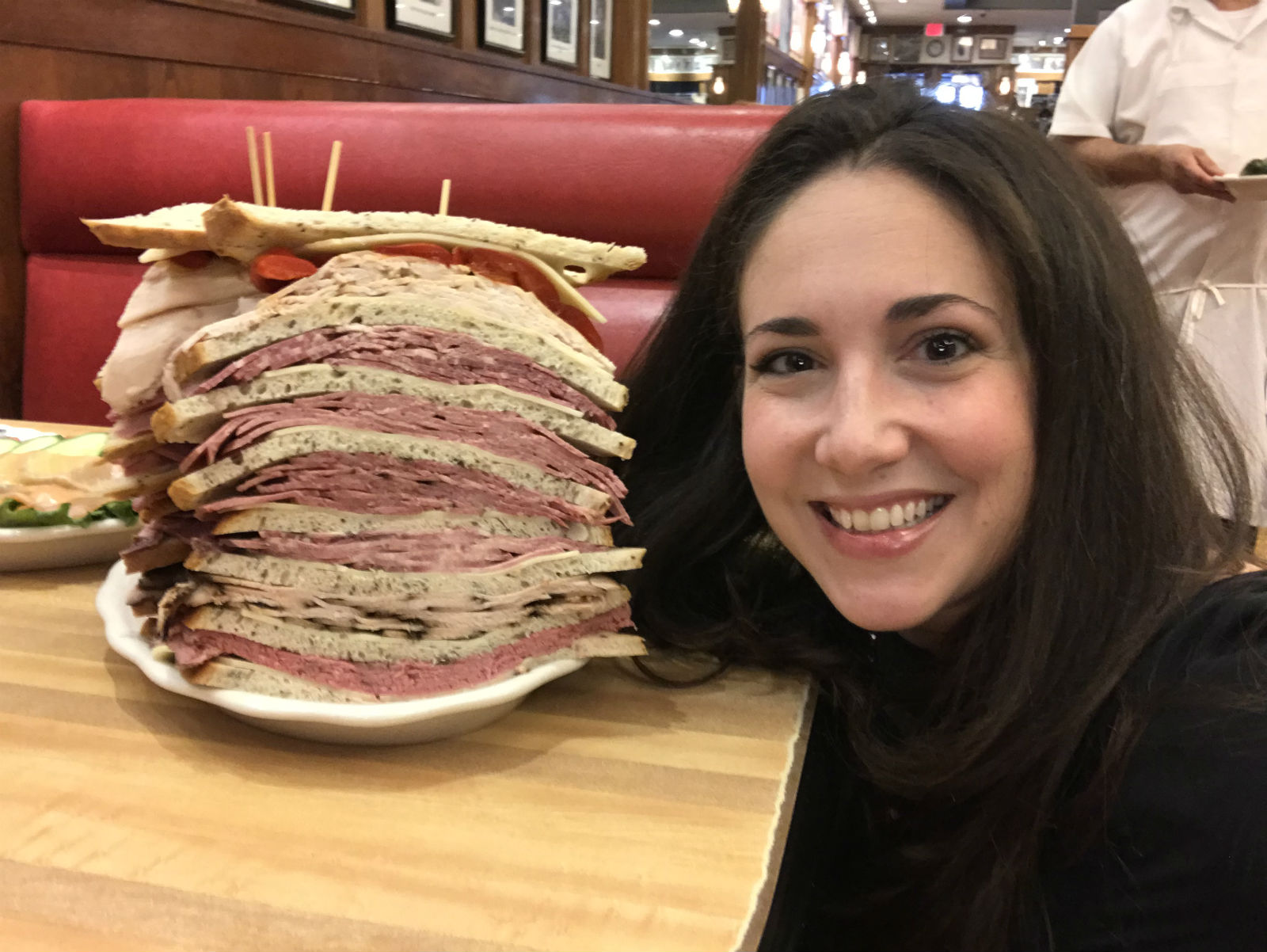 Ziggy was trained in the art of the deli by his family, who owned several New York-style delis in the Metropolitan New York area. He also went on to receive classical training at Le Cordon Bleu in London. And so at his deli in Houston, he is using his classical training to elevate smoked meats, stews and desserts beloved by Jews and non-Jews alike. As we discussed the humble origins of many European Jewish dishes like kugel, cholent, latkes and goulash, he aptly remarked “the best cooking in the world is peasant cooking – from Jewish to Mexican to Italian.” And I couldn’t agree more. 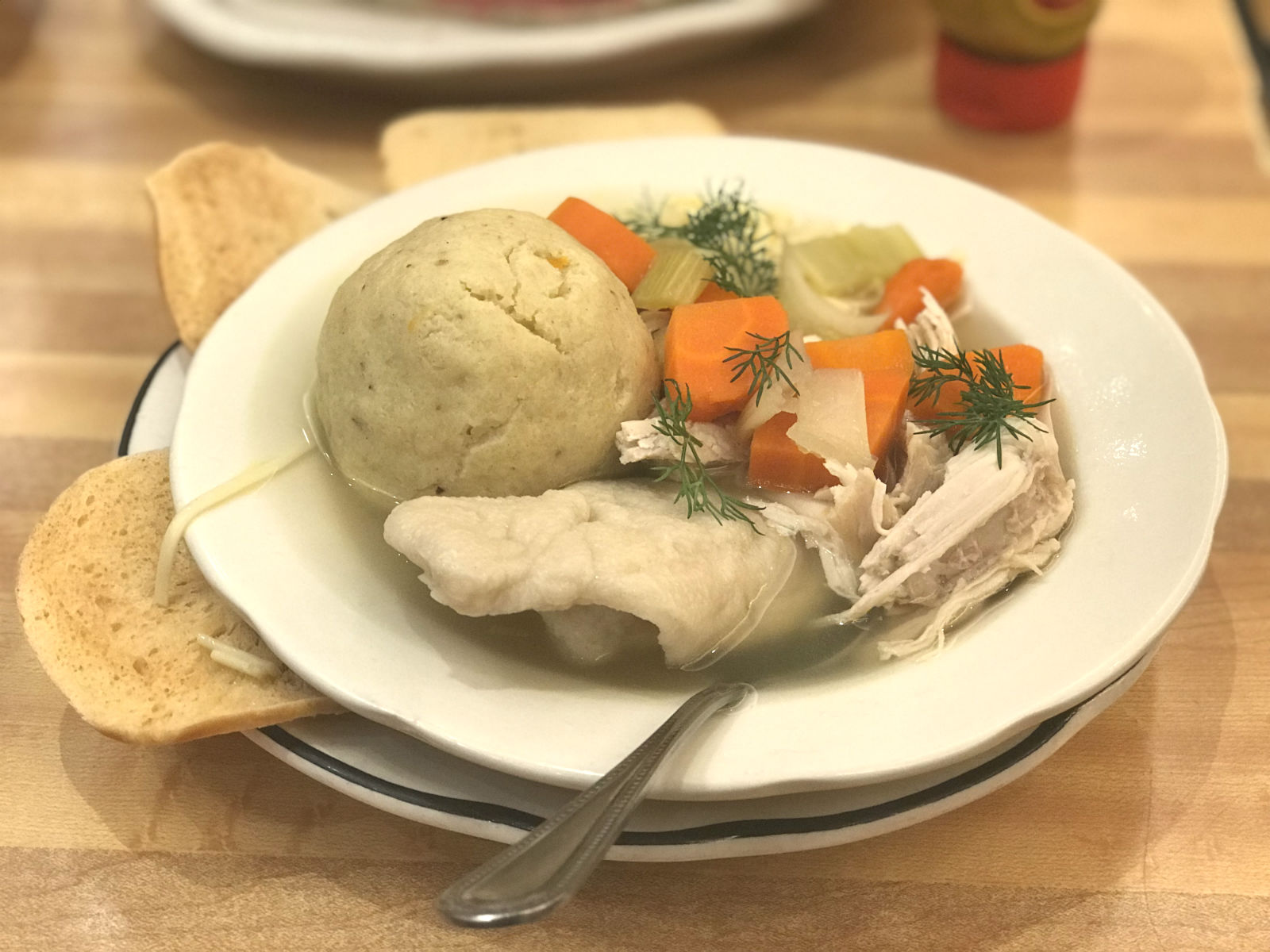 While I could wax poetic about the cheesecake, stuffed cabbage, matzah ball soup and even kasha varnishkes, it was the cheese blintzes which truly floored me – light, not too sweet and completely addictive, with a homemade strawberry compote. If you find yourself in Houston, you must visit the restaurant, but make sure you arrive hungry, because the portions are truly Texas-sized. In the meantime, watch below to hear more from Ziggy, and watch me chow down on all his delicious food.