I will admit that I like any excuse to make wings for a crowd. These spiced pomegranate molasses wings have become a party staple. They’re always gone within seconds, and they’re a departure from the classic hot wing (which there is NOTHING wrong with).  And they definitely go with beer, as all good wings should.

What do I want in a wing? Something that is crispy with a sauce that packs tons of flavor. Pomegranate molasses is a perfect base for wing sauce. Pomegranate molasses isn’t a molasses at all; it’s actually just pomegranate juice that is reduced until it is thick and syrupy. You can make your own at home, but it is easy to come by at any Middle Eastern or Persian market, online or at Whole Foods. Pomegranate molasses is tangy, a little sweet and with the dark and shiny sheen of real molasses. It’s a common ingredient in Middle Eastern cooking, where it is added to all kinds of dishes from stews, to dips, glazes for meats, and more. If you’ve ever read a Yotam Ottolenghi cookbook, than you know it’s also one of his favorite ingredients to add to vegetable dishes. 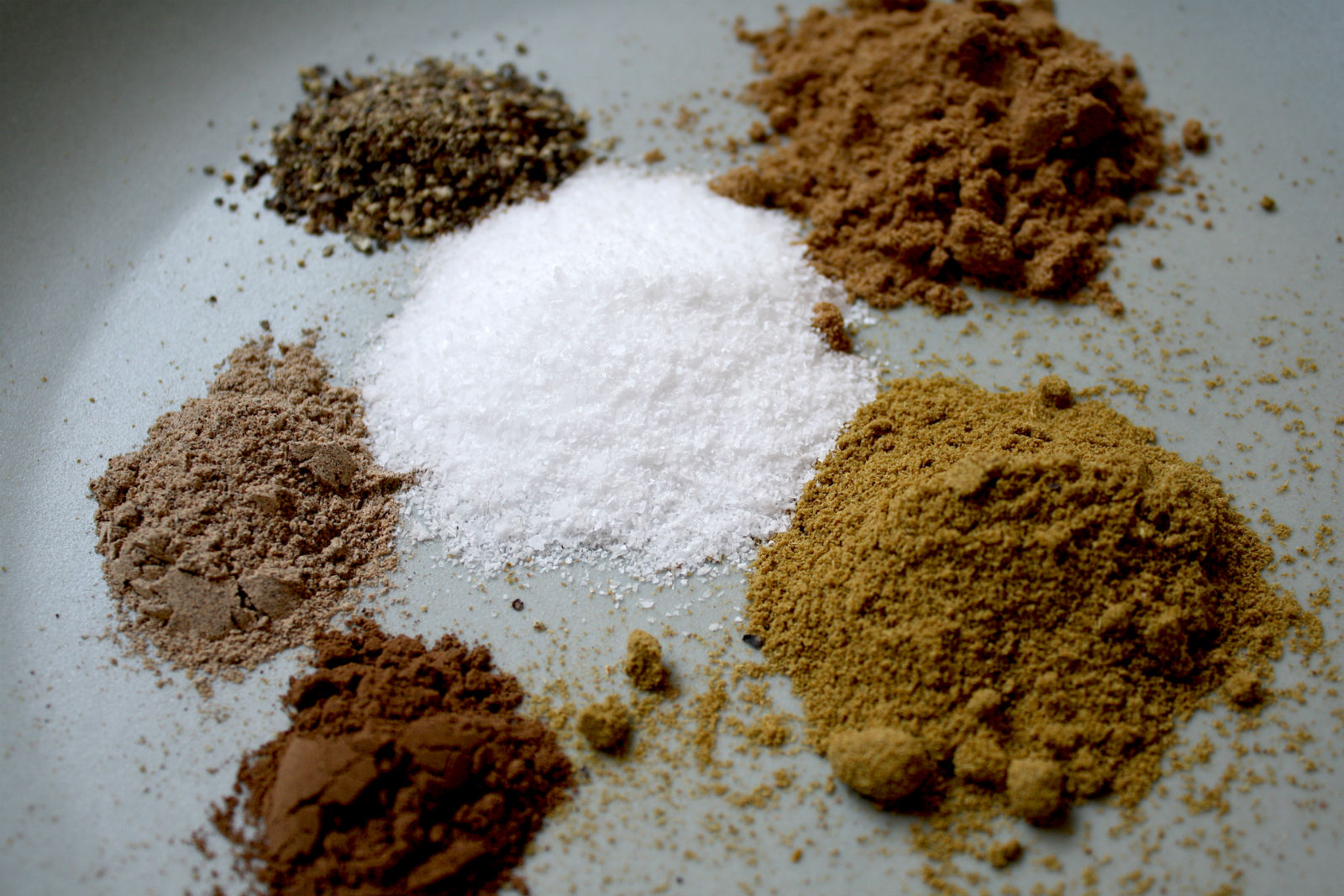 These wings get generously marinated in a spice mixture of coriander, cumin, cardamom, allspice and pepper. To add some heat, the pomegranate molasses sauce gets Sriracha, which is a decidedly un-Middle Eastern ingredient, but a perfect complement to the dish with its peppery garlicky spiciness. To make cooking for a crowd a little easier, the wings are baked not fried; they still crisp up nicely, but you don’t have to deal with the mess, work or the extra calories that come with deep frying. Spiced pomegranate molasses wings have become a staple party food recipe in our house, Super Bowl Sunday or otherwise. 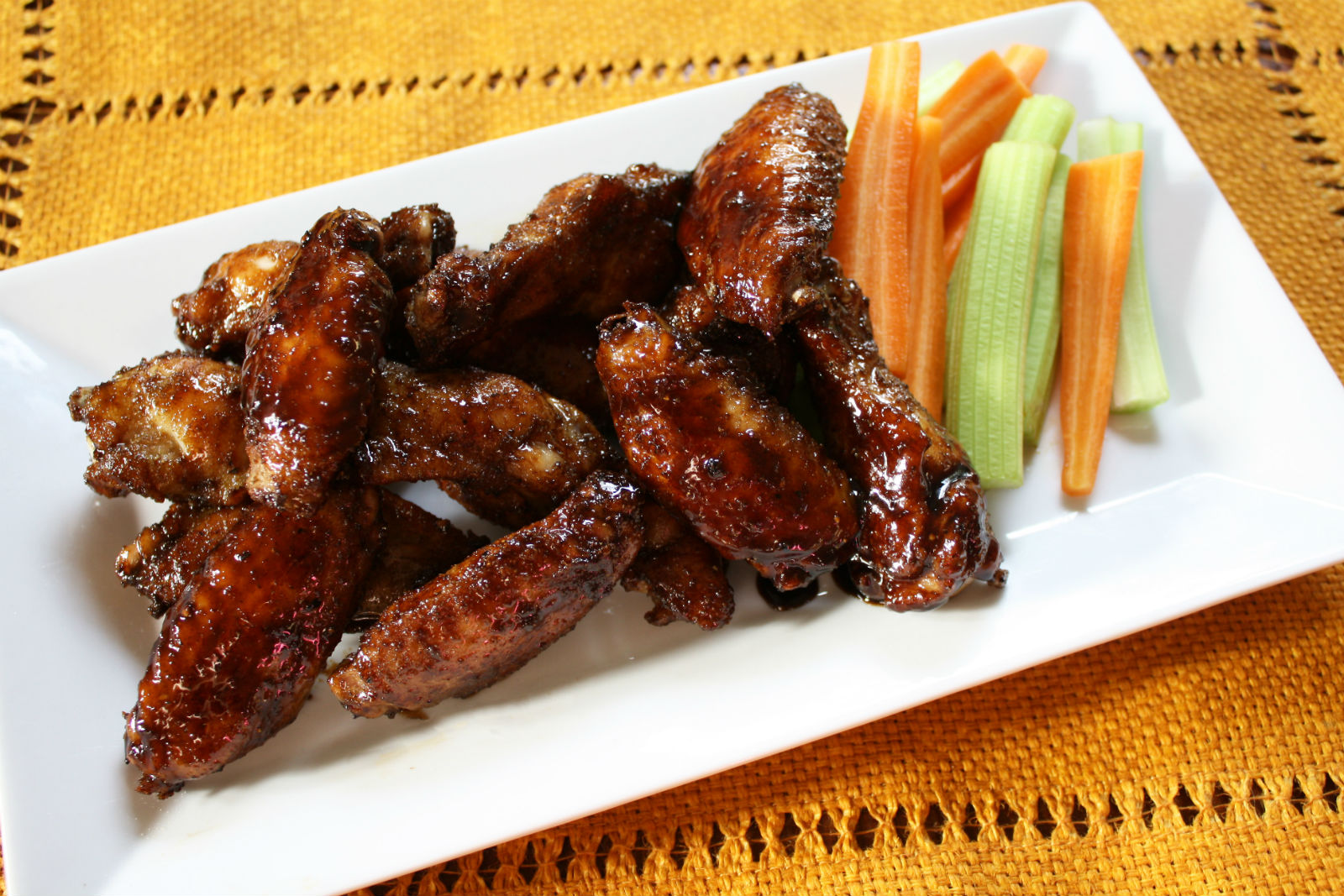 For the pomegranate molasses sauce: 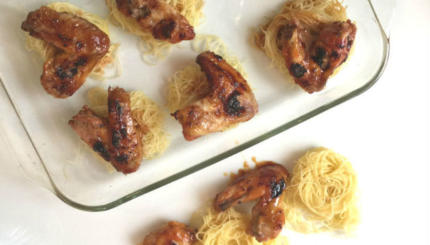 These tangy, sticky wings are taken to the next level by being served on a nest of silky sesame-tahini noodles. 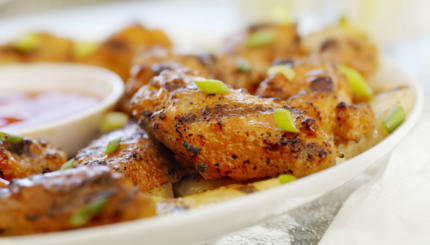 I make chicken so often that my kids once told me we were all going to grow feathers and start ...