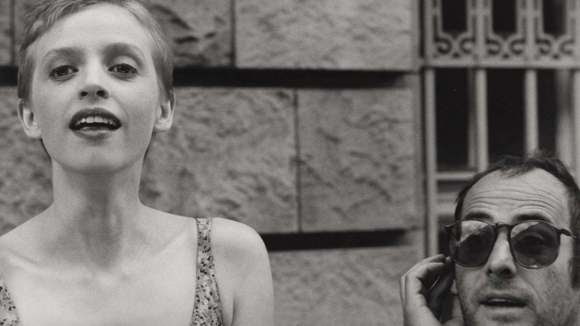 The German Film Office, Leo Baeck Institute, the German Consulate General in New York, Deutsches Haus at NYU, and Friends of Freiburg Alumni of North America are pleased to offer two rare films written and directed by German poet and dramatist Thomas Brasch for free streaming, as part of a program that seeks to re-introduce audiences to this remarkable artist and his story.

Angels of Iron (1981) A historical drama set during the Berlin Blockade of 1948-1949 against the droning sounds of the Airlift, based on a true story. A 17-year-old hoodlum by the name of Gladow works hand in glove with a white-collar criminal to rob and pillage day and night, defying capture. The future casts a long shadow on these characters whose contradictions and confusion are emblematic for postwar Berlin.

The Passenger: Welcome to Germany (1988) A Hollywood filmmaker (a German-speaking Tony Curtis) returns to Germany where in 1942 he and other concentration camp prisoners were lured into participating in a Nazi propaganda film. He plans to make a documentary about the experience. A reflection about self-deception in the processing of guilt and the difficulty of coming to terms with the past through art.

Sign Up To Stream
Add to
+ Google Calendar+ iCal Export

It was 10 p.m. on a Thursday night at the Isabella Freedman Jewish Retreat Center, and I was finally learning ...