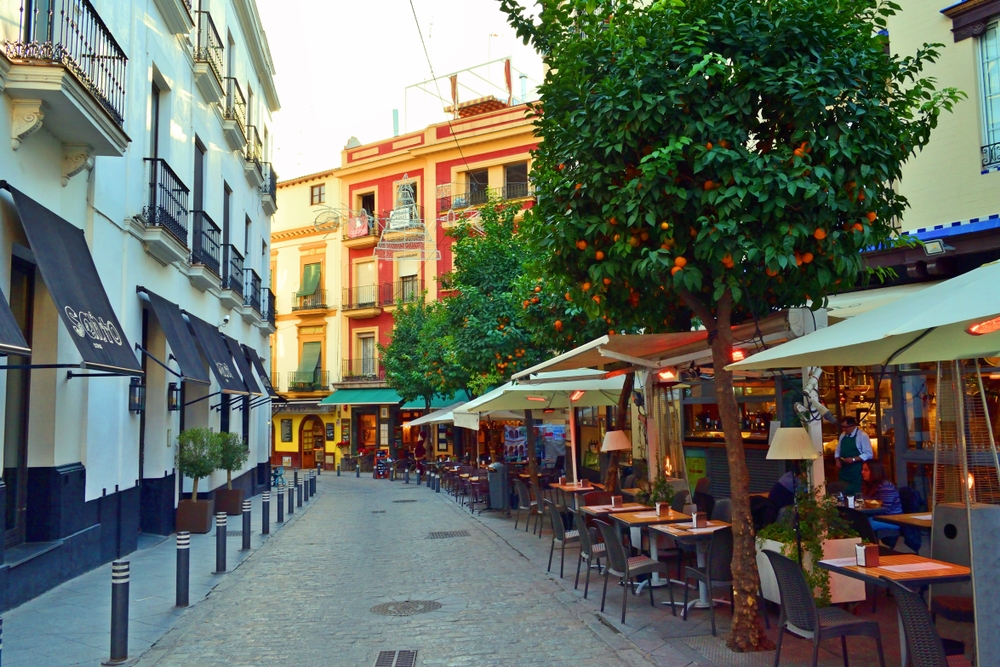 Join the Museum and Our Travel Circle for a virtual walking tour of Jewish history in the Santa Cruz Quarter of Seville, Spain.

Santa Cruz was home to a thriving Jewish community between the 13th century, when King Ferdinand III of Castille granted the neighborhood to Seville’s Jews, and the 15th century, when they were expelled as part of the Spanish Inquisition. The community of 5,000 Jews made up 5% of the city’s total population.

Our tour guide, Jose Luis, will show us a remnant of the wall that surrounded the Jewish quarter, and two of the city’s four synagogues, which have been converted into churches: San Bartolomé and Santa María la Blanca. We’ll tour streets that were once named Judíos, Levíes,

Agua, Doncella, and Vida, reminding us of the city’s Sephardic past. The neighborhood’s whitewashed facades, flowers, and patios will provide clues into what daily life was like for Seville’s Jews before the Spanish Inquisition.

Registration is $18 for Museum members or $36 for the general public. If you’re not a member, join today. If you’re already a member, log in and the member discount will be reflected in your cart.