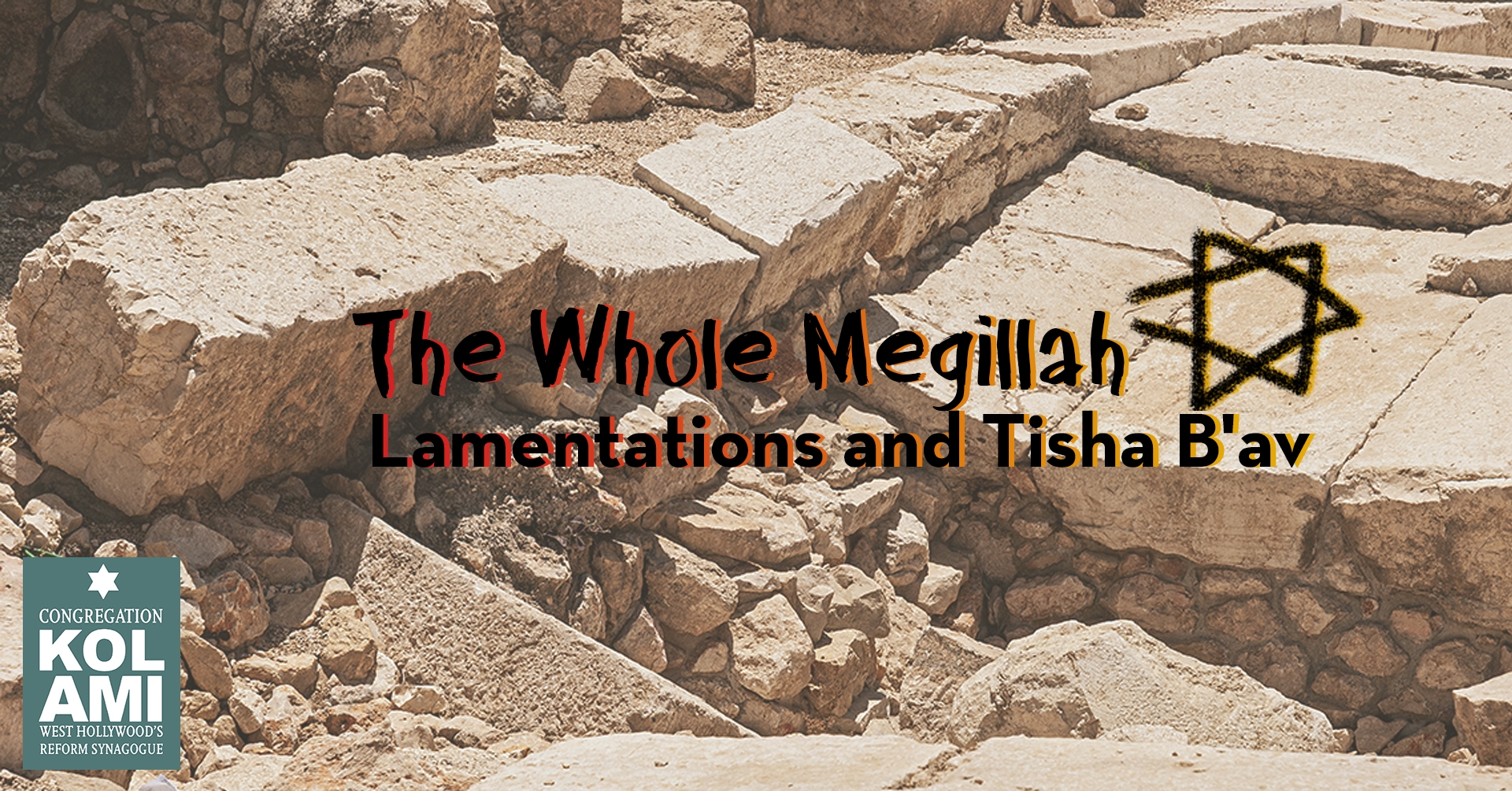 We hope you’ll join Rabbi Levy in the first of what will be a running series of adult education classes focusing on the five different megillot (scrolls) that are read over the course of the Jewish holiday calendar. Traditionally, Jews read from the Book of Lamentations on Tisha B’av, a holiday of mourning the many losses the Jewish people have suffered over the centuries from the destruction of the Temples in Jerusalem to the Spanish Inquisition and pogroms of Eastern Europe. This virtual class will explore the core themes of Tisha B’av and the book of Lamentations, and how they might speak to our world today.

Shofar So Good – All About Shofar

Sometimes, in a small Southern town, you might not hear the call of the shofar outside of High Holy Day ...

From Flute to Shofar, Finding Spirit in the Sound

I never could carry a tune but, at an early age, I discovered that I could make a soulful sound ...