The Poetry of Cultural Re-Creation: A Conversation with Irena Klepfisz on Jewish and Gender Identity

Hosted By: The Workers Circle 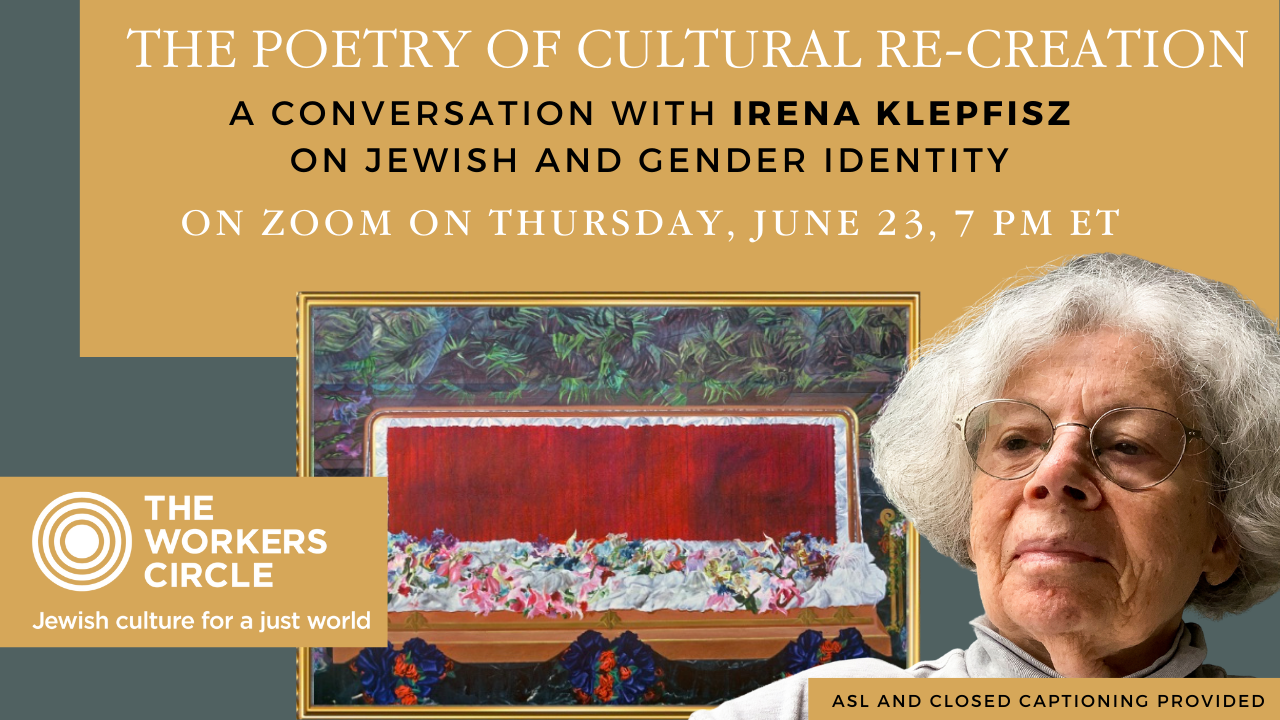 For a generation, the poetry of Irena Klepfisz has staked new ground in understanding and catalyzing Jewish and gender identity. As we mark Pride Month in 2022 and face a global rise in fascism and hatred, Irena’s poetry continues to be a wellspring for resistance, imagination, and justice. Join the Workers Circle as we converse with Irena Klepfisz, feminist, lesbian, socialist, Yiddishist, poet, professor, and activist about her journey and the shifts in gender and Jewish identity over the last half-century. Irena will read selected poems from her corpus including classics like Bashert as well as new poems from her upcoming collection, Her Birth and Later Years: New and Collected Poems, 1971-2021, forthcoming from Wesleyan Press later this year. At the end of the program, Irena will take questions from the audience.