The Letters Project: A Daughter’s Journey 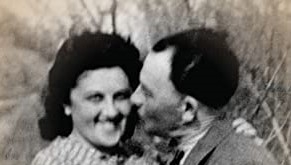 In 1986, when her mother died at the age of sixty-four, Eleanor Reissa went through all of her belongings. In the back of her mother’s lingerie drawer, she found an old leather purse. Inside that purse was a wad of dried-up papers in a brittle baggie: fifty-six letters handwritten in German by her father, in 1949—only four years after Auschwitz—to her mother, also a refugee, already living in the United States. Thirty years later, with her father’s letters as her silent guide, Reissa goes on a journey, unearthing the unknowable about her family’s past and her own present. Join YIVO for a discussion of the The Letters Project: A Daughter’s Journey, with Reissa in conversation with journalist and author Sandee Brawarsky.