Mediating the Israeli-Palestinian Conflict: From the Inside

Ikar is thrilled to bring Rabbi Dr. Daniel Roth, Director of Mosaica – The Religious Peace Initiative, which engages religious leaders in mediation, conflict resolution, and religious peacebuilding, to IKAR for a four-part series. Rabbi Dr. Roth is a lecturer of religion and conflict resolution at Bar-Ilan University’s Conflict Resolution, Management, and Negotiation Program in Israel. He was the founder and director of the Pardes Center for Judaism and Conflict Resolution and the Mahloket Matters Project, and is IKAR extended family.

This will be an opportunity to learn with one of the leading voices in peacemaking in the Israeli-Palestinian conflict. Rabbi Roth will offer the Ikar community a four-part series that explores how rabbis and lay people have served as peacemakers and ‘insider mediators’ throughout Jewish history, and how, today, rabbis and sheikhs have been quietly serving together as insider religious mediators behind the scenes. You’ll also learn how you can serve as an insider mediator between the conflicting narratives around the Israeli-Palestinian conflict and other ideologically charged identity conflicts today.

The Israeli-Palestinian Conflict on Stage

Play exposes emotions of the "other." 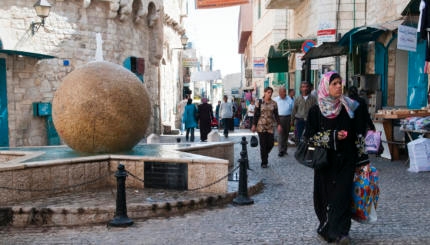 The history, geography, and politics of Palestinian identity.