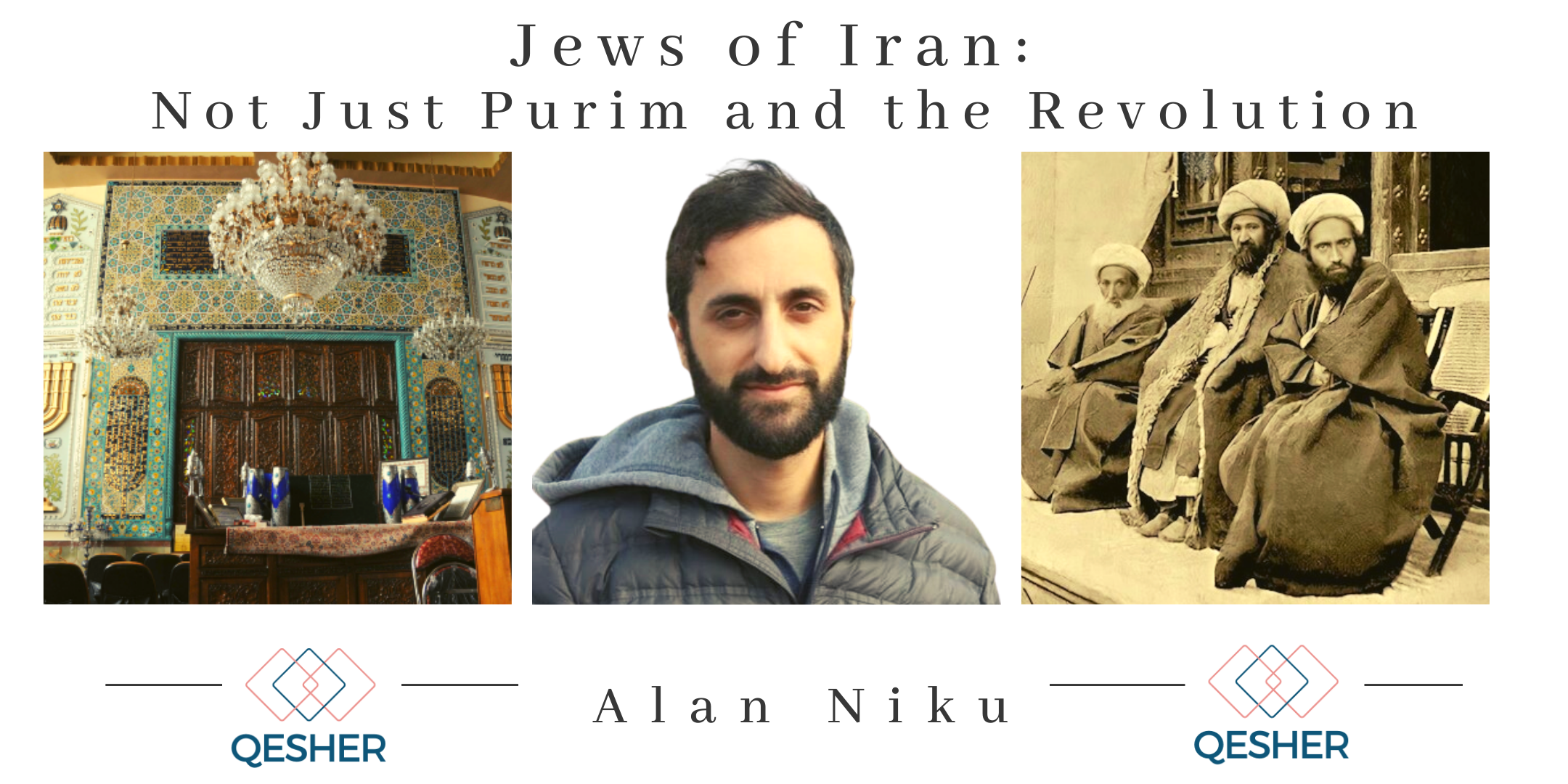 Iran’s Jewish community is one of the oldest in the world. But is there more to those 2700 years than Queen Esther and the Islamic Revolution? This talk examines the lesser-known parts of its history. Through the music, languages, foods, writings, and stories, the Jews of Iran have forged a culture at once Persian and Jewish, with traditions and aesthetics uniquely their own. Now in a second Diaspora in the United States and Israel, with a small population remaining in Iran, the community faces inevitable changes. We will use the knowledge of the past to discuss how the unique heritage of Iran’s Jews can be preserved.