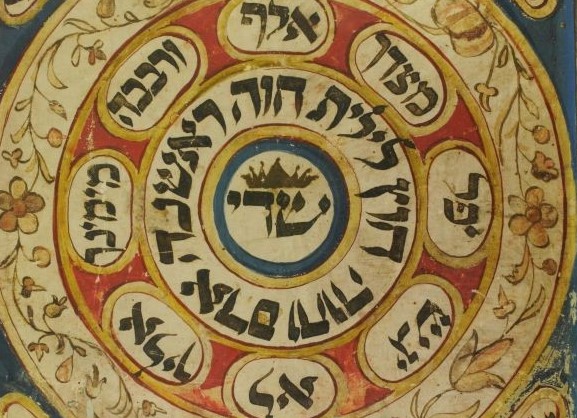 Contrary to popular belief, magic played an important role in the daily life of Jews in the premodern world. This was especially true in the home—and chief among the domestic events that called for magical intervention was childbirth, both dramatic and dangerous before modern advances in medicine and hygiene. Carefully prepared amulets were hung on the walls of the birthing room, the baby’s crib, the mother, and even the baby, making use of centuries-old rituals and texts. In order to understand why and how amulets were produced, we will first examine the approach to and place of magic in Judaism. Drawing on the disciplines of art history, folklore, and anthropology, we will learn to analyze the textual and artistic background and meaning of the amulets, the secrets of “practical Kabbalah” behind their making, who made them, and for which sectors in Jewish society, and the beliefs and traditions associated with their usage. This series will concentrate on items produced in the early modern to modern period in Europe and the lands of Islam, from Germany and Poland to Morocco and Kurdistan.

Thursday, November 4, 2021
Intro to Magic and the Place of Magic in the Jewish Tradition and World
In the first lecture, we will examine what is magic and how it relates to religion and science from the ancient past to modern times. Emphasis will be placed on magic and magical phenomena in the Bible and how they were interpreted in the Jewish tradition and transformed in works of art, printed materials and objects.

Thursday, November 11, 2021
Jewish Childbirth Amulets from Europe
(Germany and Poland)
We will look together at visual evidence of historical childbirth methods and rituals and the fundamental Jewish concept of fertility vis-à-vis the high danger through most of our history of pregnancy and childbirth for both baby and mother. In this lecture, we will examine the magical methods and amulets used by Ashkenazi Jews in Germany and Eastern Europe to cope with this problem and protect the mother and baby.

Thursday, November 18, 2021
Jewish Magic and Amulets in the Lands of Isalm – the Khamsa, etc.
(Morocco, Iran, Kurdistan, Palestine, etc.)
This lecture will focus on examples of precious Jewish amulets created among the communities of Iran, Kurdistan, Iraq, and North Africa. Jewelry has been a highly esteemed craft in Islamic societies, attracting attention to its beauty, elaborate designs, and intricate artistry, while often serving amuletic purposes, believed to protect their wearers. We will also examine how central magical motifs in the lands of Islam, the fish and the khamsa in particular, were totally “Judaized” in this process.