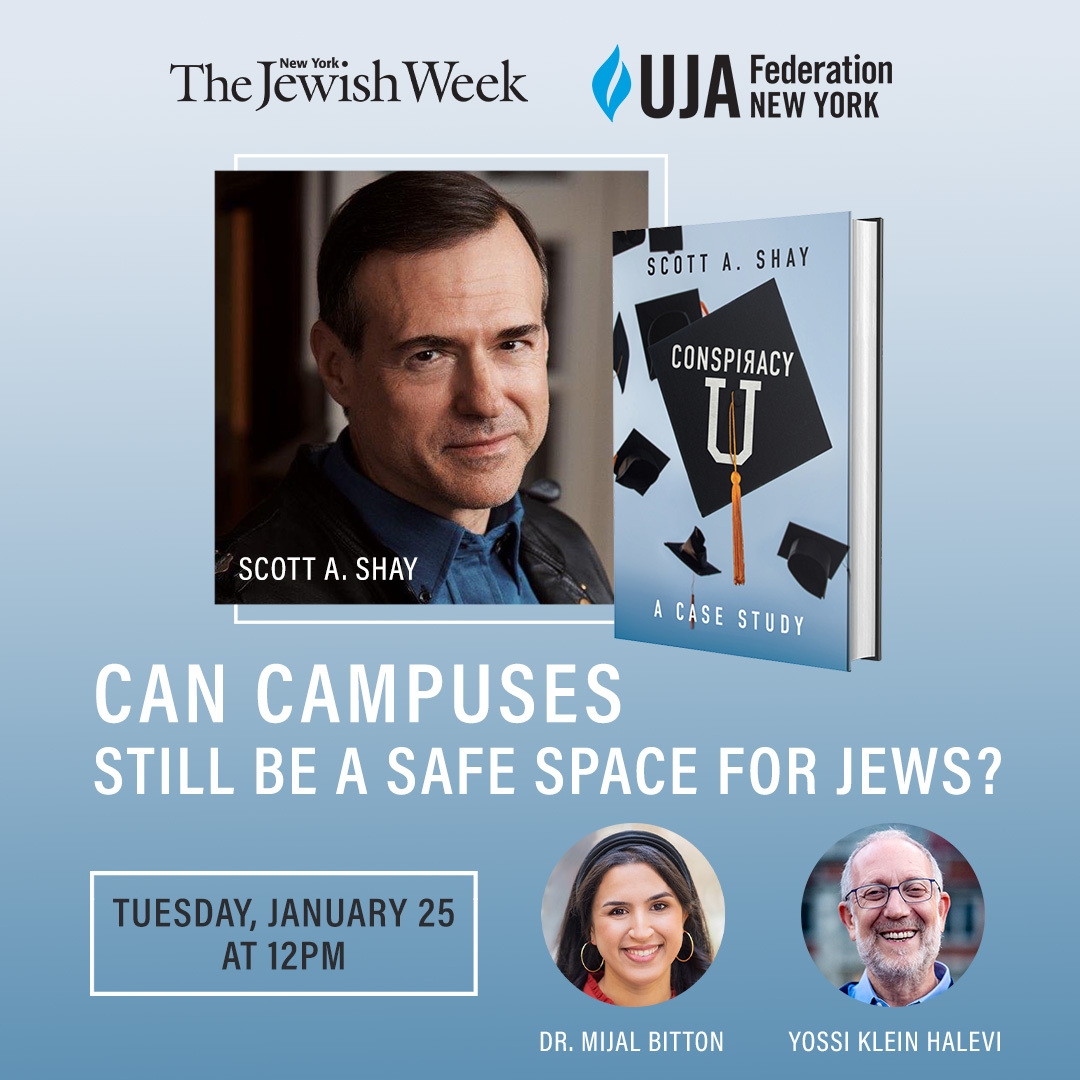 The Jewish Week and UJA invite you to this special literary event.

Join us as we explore why and how college campus has become an unsafe space for Zionism, Israel, and many Jews.

Be part of a conversation between Scott Shay, Yossi Klein Halevi, and Dr. Mijal Bitton as they discuss Scott’s new book Conspiracy U: A Case Study and the challenges facing American Jewry from both the far-right and far-left, as well as possible paths to go forward.

The five candidates for the $100,000 Sami Rohr Prize for Jewish Literature have been announced. This year’s award is for ...