Our journey through Biblical history will start with the peak, King David’s expanded Kingdom of Israel, which grew into the largest kingdom in the history of Israel. However, during David’s rule, the decline begins. This decline continues through King Solomon’s reign, the split of the monarchy after Solomon’s death, and culminates with the destruction of the Northern Kingdom by Assyria and the Southern Kingdom by Babylon.

While the Deuteronomic historians who wrote the biblical history books have one answer to explain these historic declines and events, we will also look at modern scholarship to provide some further insight into the processes. Join us online as we journey from the end of I Samuel through the books of Kings, a time of empires rising and falling, and of temples and fortresses, of conniving kings, queens, princes, and princesses.

The Book of Chronicles

The final book of the Bible recounts the nation's history, but what it emphasizes and de-emphasizes is telling. 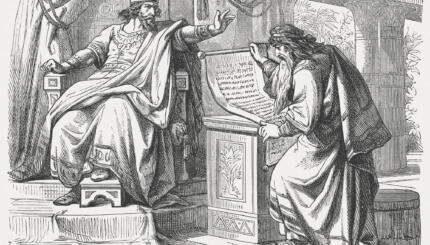 A remarkable discovery with eternal repercussions