Behind the Curtain with Yiddish Fiddler 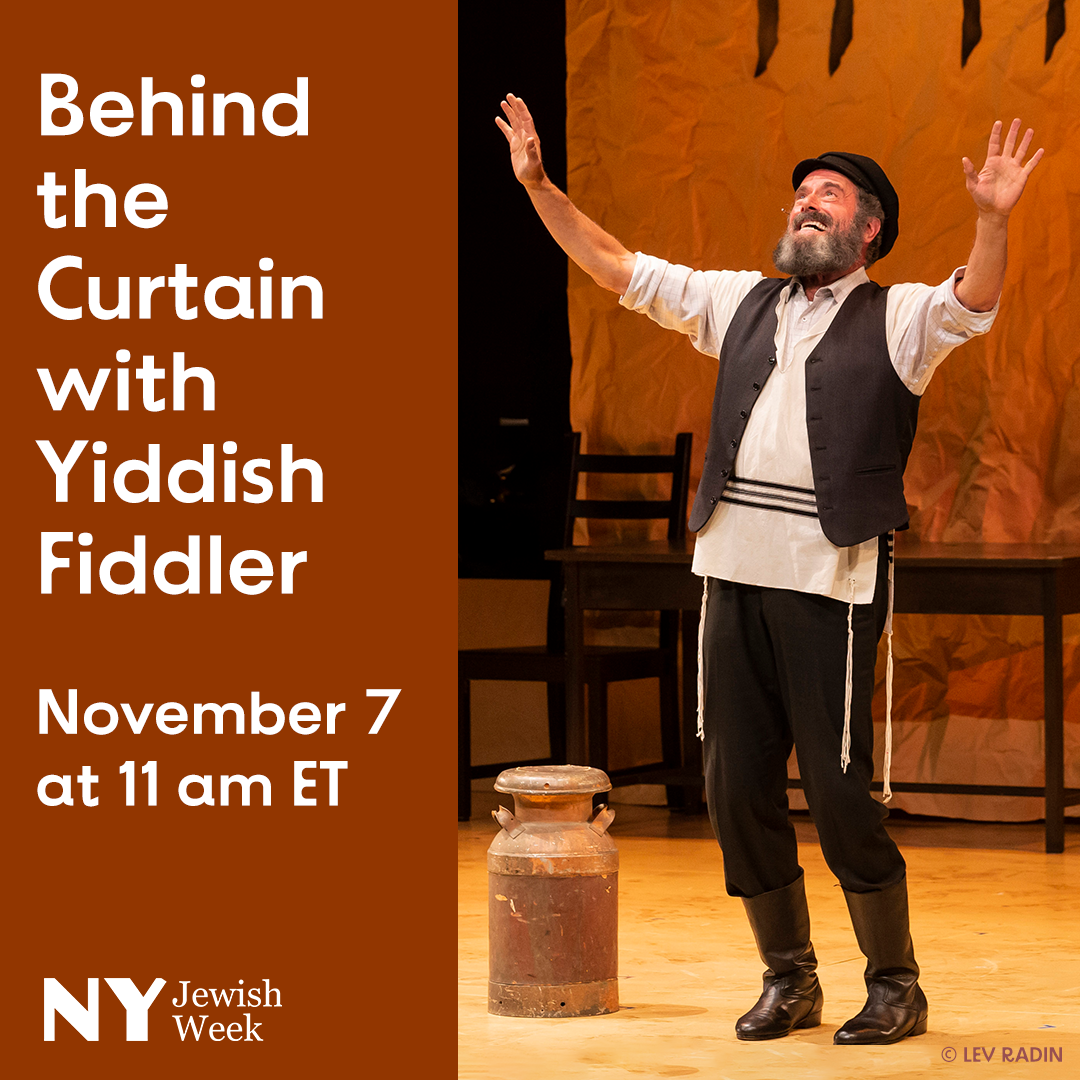 When “Fidler Afn Dakh,” the first-ever North American performance of the Yiddish version of the 1964 Broadway musical “Fiddler on the Roof,” ran at the National Yiddish Theater Folksbiene in 2018, it was a smash success.

Now, with “Fiddler on the Roof in Yiddish” returning to New York for a seven-week run beginning November 13, the New York Jewish Week’s Julia Gergely will sit down with cast members and the production team during a rehearsal break for a unique look behind the curtain.

Join the New York Jewish Week to learn more about the Yiddish Fiddler production and its impact, with cast members Rosie Jo Neddy, Rachel Zatcoff, Jodi Snyder, and James Monroe Števko; as well as choreographer Staś Kmieć, who has directed and choreographed productions of Fiddler throughout the world.