Art from Tragedy: Molly Crabapple and Sara Softness in Conversation In Person 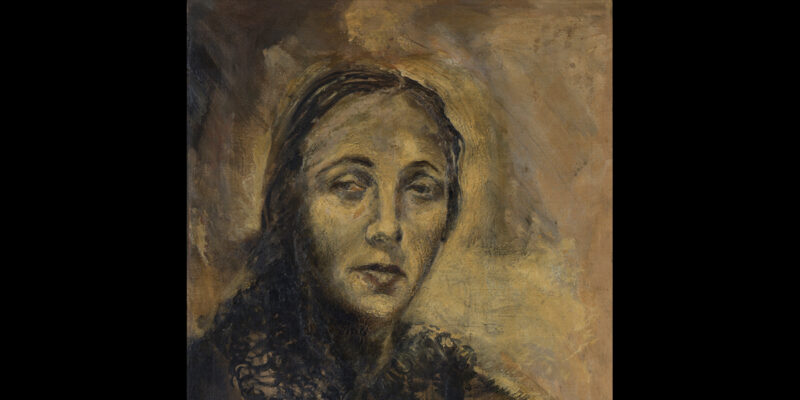 The Museum’s exhibition, Boris Lurie: Nothing To Do But To Try centers around the “War Series” of the artist and Holocaust survivor Boris Lurie. However, Lurie is not the only artist who has chronicled war and tragedy. Others such as Chittaprosad Bhattacharya, Francisco Goya, Otto Dix, and Käthe Kollwitz also used art to illustrate their feelings about war, famine, and other tragedies.

Join the Museum for a program about these artists and their work to celebrate the launch of the catalogue of Boris Lurie: Nothing To Do But To Try. The exhibition’s curator Sara Softness will be in conversation with artist Molly Crabapple about these different artists and where Lurie’s work fits into this long tradition.

Molly Crabapple is an artist and writer based in New York. She is the author of two books, Drawing Blood and Brothers of the Gun (with Marwan Hisham), which was long-listed for a National Book Award in 2018. Her reportage has been published in The New York Times, New York Review of Books, The Paris Review, Vanity Fair, The Guardian, Rolling Stone, The New Yorker and elsewhere. Her art is in the permanent collection of the Museum of Modern Art. Her animations have been nominated for three Emmys and won an Edward R. Murrow Award.

Sara Softness is an interdisciplinary curator and writer based in New York City. She lectures and publishes frequently and is currently Consulting Curator at the Museum of Jewish Heritage — A Living Memorial to the Holocaust. Softness has held curatorial roles at the Beinecke Rare Book and Manuscript Library at Yale University, the Solomon R. Guggenheim Museum, and the Brooklyn Museum, and most recently led The Walther Collection Project Space as Director of Exhibitions and Collections.

Perasha of the Week

Welcome to the Keshet Blog!

We’re here, we’re queer, and we’re finally coming out…with a blog. We know we’re a decade or so behind schedule, ...

Friday afternoon. The sweetest part of Friday. Even better than Friday morning. Almost as good as Friday night. What a ...

Famous Jews You Went to Hebrew School With

In her last posts, Melissa Broder shared the B-Sides of her forthcoming When You Say One Thing But Mean Your ...