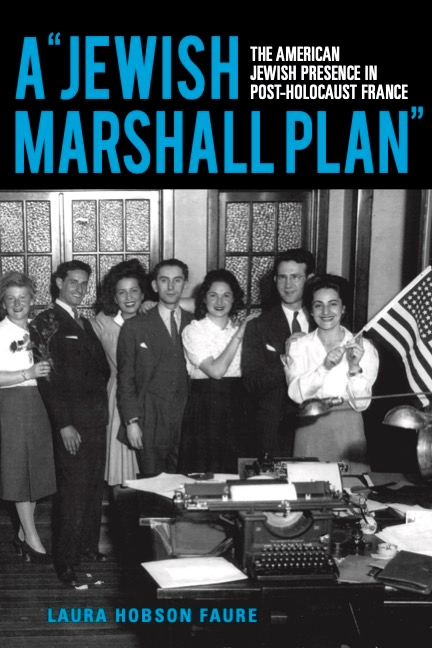 In this lecture, Dr. Laura Hobson Faure will present her first book, now in English, A “Jewish Marshall Plan”: The American Jewish Presence in Post-Holocaust France, which was published in February 2022 in the Modern Jewish Experience collection by Indiana University Press. In her book talk, Dr. Hobson Faure will explore how American Jews committed themselves and hundreds of millions of dollars to bring much needed aid to French Jews in the aftermath of the Holocaust. She will shed light on the important role played by American Jewish chaplains, members of the Armed Forces, and those involved with Jewish philanthropic organizations, especially the American Joint Distribution Committee. American Jews and their organizations sought out Jewish survivors in France and became deeply entangled with the communities they helped to rebuild.