First of all, you need to talk in order to get consent, but also, talking about sex can lead to better sex. Think about it, it’s important to be comfortable enough to tell your partner what you don’t want, but it’s also important to be able to share what you do like, so they can do it. It’s best not to enter a situation where you’re guessing once the lights are off (metaphorically speaking or otherwise). Here’s how to get the conversation started.

I want to have sex. Do I have to say something first?

Short answer: Yes. It’s important that you’re both on the same page before you have sex, and letting the person you are with know what you’re thinking shows that you respect them. “Open and honest communication is an important part of having a healthy relationship,” says Dan Rice, M.Ed., the director of training at Answer, a sex education organization at Rutgers University.

The best advice is to just keep it simple. There’s a good chance the other person is thinking the same thing you are, so no matter what you say, just the fact that you say anything at all will break the ice and allow you to be honest with each other. Try something like, “So, I really like you and I’ve been thinking about what it would be like if we had sex. What do you think?” Or “This is really awkward, but I wanted to talk with you about sex–is it something you are comfortable with?”

Once you start the discussion, don’t stop. “This should be an ongoing conversation, not a one-time thing,” says Brittany McBride, the senior program manager of sexuality education at Advocates for Youth. That’s because people’s thoughts on the matter can change over the course of a relationship, and the only way you’ll know that is if you keep each other informed about how you’re feeling. If you do both decide that you’re ready to have sex, you’ll also want to talk about how you’re going to protect yourselves from STDs and pregnancy.

But sex is so awkward to talk about! What if I get embarrassed?

It’s OK to turn red in the face—and it’s totally normal to start giggling! Remember, most people find this conversation awkward. The important thing is that you’re talking about the topic. Letting your partner know that you’re uncomfortable could actually help break the ice, since odds are they feel weird about it, too. For example, you could say, “I feel awkward talking about this, but it’s important.” In all likelihood, just saying those words will put you both at ease and get the conversation started. Look at it this way: If a person is mature enough to have sex, they should also be mature enough to talk about it.

I keep hearing about consent. What does that mean?

Consent means that when having sex, both partners agree it’s OK to be intimate without feeling pressured or forced into it. “You need to gain active consent, so that means listening for a ‘yes’ when you talk about having sex, instead of thinking if they don’t say ‘no’ that’s the same thing,” says McBride. You could gain consent by saying, “Are you sure you’re ready for this?” or “How far do you want to go?” Then make sure you listen to, and respect, their answer. Continuing to press, cajole, or plead until a no turns into a yes is a form of pressure. Also, consent should be on-going and enthusiastic. That means checking in while you’re hooking up–and no, that doesn’t have to be awkward: There are plenty of sexy ways to ask if the other person is enjoying themselves.

Also important: If your partner says yes, then decides as you start kissing and touching that they want to stop, that means stop. Feeling turned on is not an excuse to continue being physical if the other person changes their mind. No always means no, even if they say it after initially saying yes.

And remember, just because someone agrees to have sex once doesn’t mean they are consenting to have sex in the future. You need to make sure that your partner is interested and comfortable every single time you are physical.

What if my partner wants to have sex but I’m not ready?

If saying no makes you nervous or uncomfortable, check out a host of reliable online resources that can walk you through the best way to handle it, like this one from Planned Parenthood. They can help you come up with some options to convey your feelings. For instance, you could say, “I’m glad you asked—I care about you, but I’m not ready to have sex.” Or “I really like it when you kiss me like that—can we do that for a while? I’m really not comfortable having sex yet.”

Don’t worry about upsetting your partner by saying no. “If you care about a person, you do not pressure them into doing something that makes them uncomfortable,” says Rice. If the other person gets mad, threatens to end the relationship, or tries to pressure you (“everybody else is doing it!”) that’s a big red flag that it’s time to talk about healthy boundaries. Someone who doesn’t respect your personal boundaries isn’t worthy of being with you.

As for that whole, “everybody’s doing it” line? Fake news! Less than half of American teenagers ages 15 to 19 are having sex, according to the National Center for Health Statistics.  So whatever you decide, don’t base it on what you think others might be doing. It’s always best to wait until you—and your partner—are ready. 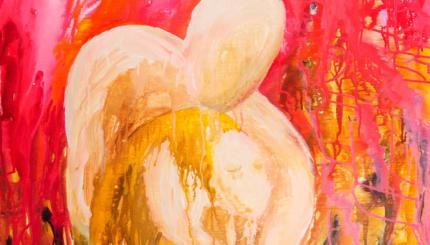 Sometimes it’s hard to get a good perspective on a relationship when you are in the middle of it. Learn what to look for in a healthy relationship, plus where to find reliable information on safe sex. 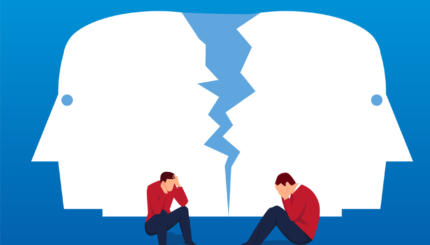 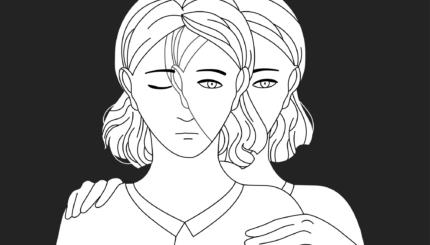 How to Help a Friend Through a Loss

It’s hard to see a friend look sad, and even harder to know what to say or do. Use these strategies to provide meaningful support during this tough time.