The new site Punk Torah is live today! A few weeks ago, Patrick A — the lead singer of the band Can Can — started doing Punk Rock Parsha, a weekly video podcast about the week’s Torah portion from a punk perspective.

As the podcast built up steam, Patrick has also delivered rants about anti-Orthodox diatribes (in spite of the fact that he isn’t Orthodox by a longshot), Shabbos poems, and Judaism in the year 5000.

In recent weeks, the spillover of new Punk Torahs has seemed to hint that it’s building up into something…and, well, this is it. In the introduction, Patrick declares, “If you love G_d, Torah, and the Jewish people…but are really tired of the crap that comes along with it, then keep reading.”

The mission statement continues: “We think of synagogues as the Jewish night club…a place where you go and relax for the first time all week. Take a load off, make a new friend, sing, drink, dance…whatever moves you! Somewhere along the way, the Jewish People lost sight of that.”

The site has sections for both the weekly parsha and random other videos, and then there are sporadic other features — including one on YIDCore, who are quite possibly the most talented Australian Jewish punk band to ever play through the entire “Fiddler on the Roof” soundtrack…and, uh, an interview with me. It covers Never Mind the Goldbergs, of course, but also delves into Muslim punks, Hasidic underground culture, and why Jews are always outsiders.

But, really, the most amazing thing there so far is a poem/rant from Michael S. who

I don’t want to quote it, because I’m mentioned and it might be namedropping, but it makes me believe so strongly in everything we’re doing, so much that I can’t not write it:

They talk about their mortgages.
We stand there nodding our heads, trying to interject and talk about the concert we went to the night before, the religious ecstasy of watching another human being bare their soul in front of other people.
They wear khakis and polo shirts.
I wear my tzizits, a t-shirt and jeans.
They like pastels.
I have tattoos.

So we temple shop. We go to services everywhere we can. We stand around with the other â€œadultsâ€ and wait for the opportunity to name drop some underground bands. We mention Matthue Roth or Y-Love, G_dcast, the religious orientation of Benjamin Grimm*, looking for a glimmer of recognition, a slight nod from another weirdo like us, hoping against hope that someone will hear us, someone will recognize the passwords to this secret club that we didnâ€™t even know we belong to and show us the clubhouse we didnâ€™t even know existed.

Read the rest on PunkTorah.com >

No Food, No Torah; No Torah, No Food

The curses in Bechukotai were actualized during the Holocaust. 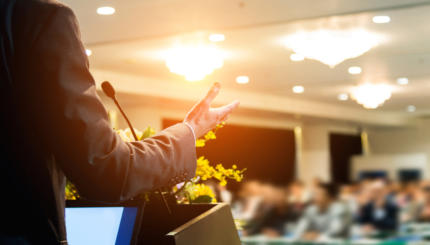 7 Ways to Write a D’var Torah

Thinking of your Torah portion commentary as an example of a standard form can help you plan what to say.