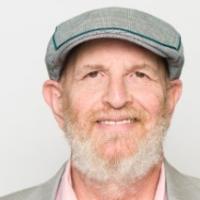 Officially ordained in 2000 at the University of Judaism with a Master’s in Rabbinic Literature, Rabbi Mark Borovitz combined his knowledge of Torah and street smarts to shape his calling: helping recovering addicts find their way in the world. Spiritual Leader, Author, Senior Rabbi, ex-con, recovering alcoholic, and overall anomaly, he is able to reach both the addict and the congregant, and de-stigmatize this life threatening disease. After being released from prison in 1988 he began his work at Beit T’Shuvah, a nonprofit, non-sectarian, Jewish addiction treatment center and synagogue community in Los Angeles. Over the past twenty-eight years, he has co-created one of the most exceptional approaches to addiction treatment and criminal rehabilitation and reintegration in the world. Currently, as the Senior Rabbi and the Co-Director of the Elaine Breslow Institute at Beit T’Shuvah, Rabbi Mark’s leadership is unparalleled. Community members, addicts, educators, dignitaries, and executives all seek his wisdom; working with people, he is living proof that change is possible; when speaking to the congregant, he stands for the hope that every man has a higher purpose. As the organization has grown, Rabbi Mark’s unique take on addiction treatment has solidified him as an expert and visionary in the field. His biography, The Holy Thief: A Conman’s Journey from Darkness to Light (Harper Collins), tells the story of his life from hopelessness to redemption, for which the rights were recently optioned. He also recently released his newest book, Finding Recovery and Yourself in Torah: A Daily Spiritual Path to Wholeness (Jewish Lights Publishing). Rabbi Mark has been featured in articles in the Los Angeles Times, Moment Magazine, The Jewish Journal, The Wall Street Journal and newspapers across the world, including Israel’s largest publication, Haaretz Daily Newspaper. In early 2004, Rabbi Mark was one of seven people invited to a round table discussion with President George W. Bush about faith and recovery. The Rabbi was also mentioned in President Bush's speech before the first conference on Faith-Based Initiatives. He has been the featured speaker at many seminars and lectures discussing spirituality and recovery, including CASA at Columbia University and Spirituality Day at Northwestern University, and more recently, spoke alongside Susannah Heschel at B'nai Jeshurun in New York City; Rabbi Mark is also placed on the faculty of the Spirituality Mind Body Summer Institute for Teachers College at Columbia University. Rabbi Mark Borovitz’s tireless efforts have been the driving force behind not only, the robust and growing movement that is Beit T’Shuvah, but also re-defining the recovery model and helping all people, both in recovery and not, find their path to wholeness. LinkedIn Profile 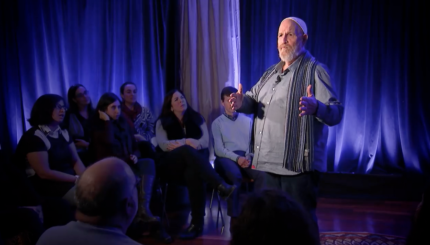 Learning from the Repentant: Turning Harm into Salvation