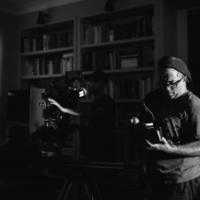 Daniel Kaufman is a multiple award-winning Director and Creative Director. With more than 400 commercials with clients like Budweiser, McDonalds, Nestle, Walmart, and Comcast, he and his work have garnered numerous accolades and have been profiled in magazines like Creativity, Communication Arts, Ad Age, Shoot and others. Recently he has directed commercials for eHarmony, X-Box, the NFL, Boston Market, ABC, Comedy Central, Toyota, Bayer and Ikea. As an actor, Daniel trained with the Royal Shakespeare Company at the Guildhall School of Music and Drama. He has more than fifty professional stage credits as well as numerous film and television appearances. This past year, he completed his first feature film, “Married Young”. Recently, Danny started a podcast on dating and relationships called: WHY AM I NOT MARRIED. The Podcast can be found as part of the award-winning Jewish Journal podcasts. Danny is a Ba’al Teshuva. He is on the Board of Directors of Manhattan Jewish Experience and he speaks all over the world about being observant in Hollywood. Capping Tradition: A Kippah in a Secular World