This week’s Torah portion, Behar, lays out perhaps the most socially radical element in the Torah: the laws of the Sabbatical and Jubilee years. Paralleling our personal rest and liberation from work every seven days on Shabbat, we are commanded every seventh year to cease our productivity, our work, and not only to rest ourselves, but also to allow the land to rest, to return to its natural, primordial, un-worked state.

As landownership was the foundation of economic and political power in ancient Israel, the Torah mandates a radical and equitable redistribution of wealth and power every 50 years. Rest, return (to a primordial state), and liberation are then all achieved, personally, naturally, and socially, through the trinity of Shabbat, Sabbatical year, and Jubilee.

What is it that allows this return and liberation? What is it that makes possible this radical redistribution? One of the Torah’s central insights is the ultimate lack of human authority over personal (Shabbat), natural (sabbatical year) and social (Jubilee) entities — all are owned only by God.

We are told in our Torah portion that “the land must not be sold beyond reclaim, for the land is Mine, you are but strangers and residents with me.” (Leviticus 25:23).”Similarly, Israelite slaves must be freed in the Jubilee year for “they are My slaves, whom I freed from the land of Egypt; they may not give themselves over to servitude.” (Leviticus 25:42)

Land, property, other people, and even one’s own self can never truly be controlled by any human, for there is already a divine lien on every object and every person. God ultimately owns them all and has the power, through restricting their sale, purchase, or use (such as commanding rest on the Sabbath), to decide their fate.

Our Money Is Not Our Own

The radical result of this underlying fact is that the Jubilee year does not require one to return that which he has acquired, for in fact he has never truly acquired it and only acts as steward over it to the extent that he follows divine law.

So too, a person’s obligation to give tzedakah (often improperly translated as charity) is not an obligation to give ten percent of her income to those who need it. That ten percent was in fact never hers, and she is only entitled to use the remaining 90 percent of what she earns after she has distributed the requisite ten percent. This underlying sense of divine ownership is the basis for the biblical vision of responsibility and transforms our own understanding of obligation.

Our obligation to give 10 percent, or to attempt to achieve the radical redistribution described in this week’s Torah portion\, then cannot be limited by our own needs or desires (we give ten percent if we have enough left over), but is what defines whether we, in fact, have any moral right to that which we think we possess.

Every Land and Every People

Despite the surface meaning of this week’s Torah portion, this obligation does not only apply to the land of Israel or to other Jews. Rather Rashi, in discussing why the Torah begins with the creation of the world instead of with the first commandment, argues that it does so in order to make clear that all people on earth, and the entire world itself, are literally creatures, created by God and therefore at God’s disposal to do with as God wishes.

When God says “the land is Mine” and “they are My slaves,” this is true of every land and every people. This rejection of ultimate human authority is then global in reach, and the equalizing mandated in our parashah operates not only between family units in Israel but between social units the world over, between the Global North and the Global South, and effectively demands a return of the entire world to its primordial equality.

Our challenge, then, as we decide how much to give and how much to contribute is not to consider how much of what we own we can afford to give up, but rather to ask what we must give to be able to say that we have any entitlement, no matter how limited, to what we in fact possess.

Our challenge is to ask this question from the deeper realization that nothing we possess is truly ours. It is all on loan from the Divine which permits our use of it only insofar as we live up to divine responsibilities in that use.

It is this realization, and the actions that flow from it, that truly leads to the liberation of both the giver and the receiver and that allows the possibility that one day we will hear the trumpets blow for the Jubilee to “proclaim liberty throughout the land.” (Leviticus 25:9-10) 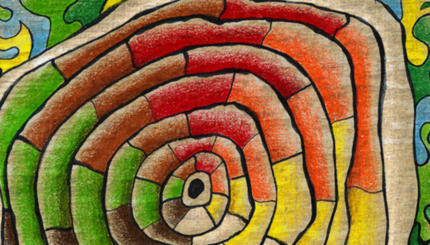 Engaging with difficult passages in the Torah requires sitting with complexity and tension.