The disappearance of landsmannschaften [societies of individuals from the same town or country in Eastern Europe] and the flattening out of the kibbutz movement have left the Jewish community almost bereft of face-to-face sharing of money and decisions about money. Even in the arena of tzedakah (translated as “charity,” but rooted in the Hebrew word for justice), most giving is organized like a modern corporation.

Yet there are a few groups that may point the way to a renewed and revitalized process of pooling money and deciding together how to spend it, in the light of Jewish values.

In the past, the giving of tzedakah was a face-to-face action. Groups, called in Yiddish khevres, would gather within a congregation to visit the sick, bury the dead, or gather money for the poor.

In the late 1960s and early 1970s in North America, people who were dissatisfied with synagogues and other Jewish organizations began to form havurot (small, intimate, egalitarian, and participatory fellowships for prayer and Torah study). Then in the mid-seventies, some of these havurot encouraged the creation of tzedakah collectives, intended to bring to charitable money-giving the same kind of intimacy, participation, and equality.

These groups meet together, face-to-face, to discuss possible recipients of tzedakah. The participants agree in advance on what proportion of their incomes they will give–typically about 2 percent–and on a more or less collective process for deciding how to give it. The group may, for example, agree to vote on a list of acceptable recipients, and then permit individuals to give as much as they choose out of their overall donation to whichever groups they choose from the agreed-upon list. Or they may vote on collective amounts to be given from a general pool of all the donated money, leaving no funds for purely individual decision. Or they may balance the two modes, using the one and the other for different categories of giving.

Typically, the participants divide up responsibility for checking on projects that could be tzedakah recipients, and reporting their findings to the group as a whole. One member or another will lead a group discussion of a Jewish text or teaching about tzedakah, and then the group will discuss how to apply these teachings to the choices before them. The ambience is very different from writing checks to a national tzedakah organization such as the United Jewish Appeal [in North America; now called “United Jewish Communities”] or the Jewish Fund for Justice. Most of the participants plunge much deeper into learning both about the social problems that call for help through tzedakah, and what Jewish tradition teaches on tzedakah.

For some tzedakah collectives, sharing goes beyond money and Torah study. It might, for example, include decisions on time that members might spend working to assist groups that are healing the world.

For example, to deal with the problem of homelessness, the group might decide to give money to homeless beggars on the street, or volunteer together to help out at a local soup kitchen, or invite the homeless into their synagogue, or organize to create publicly subsidized housing, or join in building new houses with Habitat for Humanity, or support groups of squatters in moving into abandoned housing.

Participants in these tzedakah collectives report that their involvement feels inspiring and their field results seem good. Yet the number of collectives still appears to be much lower than the number of havurot. What would be ways of encouraging this process?

In American Jewish life (and perhaps among Americans generally) there seems to be a very strong taboo against the frank and open discussion of how much money people have, how much they make, how much they want to give to charity, and so on. If those with more and with less money try to talk together, strong suspicions and resentments come to the surface. The rich feel concerned that those with less money will resent them and/or hit them up; the poor feel embarrassed and humiliated, or angry and rebellious. At this historical moment, the taboo on talking about one’s money is as strong as–perhaps stronger than–the taboo on talking about one’s sexual life.

If money is to be part of a sacred and communal path of life, this taboo has to be ended. Only if people can talk about and celebrate together the important aspects of their lives can they become a community, or infuse those aspects with spiritual meaning. Indeed, turning a hidden secret into a communal ceremony is one of the most powerful spiritual events.

Breaking down the taboo on money talk becomes much easier if the participants have experienced sharing in other areas. People who pray together or who together study Torah in an engaged and passionate way are more likely to trust each other enough to talk freely about money.

So efforts to create tzedakah collectives are probably best advised to bring together households that have already been Jewishly involved together.

One of the sharpest and most difficult challenges to sharing the tzedakah process is that the membership of many Jewish groups may cut across lines of wealth and income. It would not be surprising, for example, for a group made up of Jewish feminists to include a single mother in her late thirties with two children, who has been struggling to keep afloat on a social worker’s salary and has just lost her job because the state budget has been slashed; a prosperous professor or physician or lawyer; and a woman who has just inherited seven million dollars from a father who has done extremely well in real estate. Such gaps between the rich and the middle class, and between the middle class and the poor, often make it very hard to move beyond shame, guilt, fear, and rage. Even simple ignorance of what life is like for other people in different economic circumstances makes it difficult to have an honest discussion about what to do with money.

Out of these painful discoveries, some Jewish women’s groups (borrowing from the Movement for a New Society) have developed an approach to dialogue about money that may offer new possibilities for defining tzedakah and organizing tzedakah collectives. Their approach emerged out of questions about how to pay for small conferences of Jewish women. Should everyone be charged the same official amount, and the poor secretly negotiate to pay less? What about the rich? Should there be a formal sliding scale? Would some people feel so shamed by this process as not to attend at all?

Since this issue felt real and face-to-face, rather than abstract or “macro-social,” since the groups’ members shared a vision of shaping a new kind of Jewish community, and since they had come to know each other well and strongly valued dialogue and openness, they decided to explore a process of “cost-sharing,” which required go-round dialogues to help each member decide what she could afford to pay.

As described by one of its initiators, Felice Yeskel, the process included a series of discussions. Some were conducted in a large group that looked at the social and economic contexts of members’ differences, the overall needs of the conference, and similar comparatively cerebral issues; some were held in groups of two or four, in which the members discussed their own life situations, made initial judgments of what they could afford to contribute, and then reexamined their own situations in the light of others’ pledges. The result, Yeskel reports, was not only a broad agreement on a fair way to pay the necessary conference costs, the participants had a much clearer understanding of their own financial situations and those of others and of society as a whole, as well as a strong sense of community.

The success of cost-sharing in these groups is probably based on two important elements: the overall sense of communal commitment that motivated the groups to explore this process in the first place, and the carefully worked-out details of how they did it. Where commitment already exists, or can be encouraged into being, in many different sorts of Jewish groups, it is important to take great care with the details of the process. The result could be a deepening of the sense of Jewish community and a greater willingness to see the tzedakah process as a part of spiritual growth.

One is face-to-face organizing by rabbis, Jewish educators, social workers, and similar Jewish community workers, to encourage groups of families to do tzedakah.

The other is providing these groups with information not only on tzedakah decisions that similar groups are making, but also on Jewish aspects of the everyday use of money for non-tzedakah purposes: for example, the eco-kosher use of money for investment, purchasing, taxes, and the workplace. If a packet of informational newsletters were made available every month or two, sent first to rabbis and other key organizers for distribution to “tzedakah activists” and then to tzedakah collectives, the chances would be much greater that Jewish values would be consciously applied to the use of money in many aspects of life.

The rabbinic sages taught that humans should emulate God by meeting the particular needs of people in trouble. But how should one go about that today? 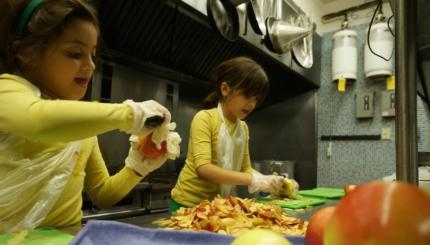