Thanks to the Gmail search feature, I recently came across a 2005 email from a friend, in which he let me know that he had tried to contact me, and I quote, “through this new computer program called Skype.” While most old emails are a stroll down nostalgia lane, this one reminded me that there was a world before FaceTime, before Twitter, before Facebook. There was a world in which we were not in constant — if superficial — contact with the people in our lives, when staying in touch required us to pick up the phone or, better yet, make plans.

While I’m not exactly a digital native, I confess that I love the near-constant access to quick snapshots of people’s lives (or at least the parts they want to show), the ability to check in briefly or to reconnect after long periods of time. But each year, in advance of the High Holidays, I am reminded of the limitations of digital friendships; each year, I am reminded of the question a beloved mentor posed, also back in 2005, in response to a mass email I had sent.

At the time I was a rabbinic student en route to Mississippi to do volunteer work right after Hurricane Katrina, and I sent this painfully earnest email to 100 or so of my nearest and dearest. I wrote:

According to some article I read, these e-missives are the new “in” way to send Rosh Hashanah wishes, and I don’t want to miss a trend or anything:-)…

If, in the past year I have hurt you in any way—by word, by deed, or by slight- please accept my sincere apologies. I ask that you are able to grant me mechila (forgiveness).

Soon after, one of my dearest mentors wrote back:

Your request for mechila was among the most heartfelt I have read–but sometime I would love to discuss with you the whole question of asking for unspecific, generic forgiveness.

I’m not sure we ever had the discussion, but his words resonate with me to this day, not only because of what he said, but because of how he modeled the dialogic process of teshuvah, or repentance. Rather than simply telling me that my apology wasn’t sufficient, he allowed me to reflect and probe my behavior, a necessary component of teshuvah.

One of the central premises of teshuvah is summarized in a teaching from the Mishnah about Yom Kippur.

In other words, if you have wronged someone, it’s on you — not on the holiday itself — to make it better. And Jewish tradition is fairly clear on how that should happen.

Maimonides, whose work on teshuvah in his Mishneh Torah forms the basis for much of our understanding, begins with the assumption that the initial act of apology is verbal and it is specific:

It is, moreover, essential that his confession shall be by spoken words of his lips, and all that which he concluded in his heart shall be formed in speech. (Mishneh Torah, Hilchot Teshuvah 2:2)

Before the High Holy Days, some of us customarily approach acquaintances and say, “If I have done anything to offend you in the past year, I ask your forgiveness.” While this custom is a literal fulfillment of an halachic requirement, it fails to fulfill the halacha’s (Jewish law) real intent: to move us to reflect on a year’s interactions and to begin a real process of [teshuvah], of turning away from thoughtless, cruel actions toward a better path. The confession to our friend is not the end of this process, but, as Maimonides notes, only the beginning.

Furthermore, it places the onus not on us but on others, pressuring them to forgive us even when we have demonstrated no regret for specific wrongdoings.

The expectation is that we not only seek out those we have wronged, but that we apologize for the specific act for which we are asking forgiveness.

“I’m sorry,” we might say to our spouse, “for all the times that I buried my face in my phone to avoid a challenging conversation.”

“I’m sorry,” we might say to our children, “for not heeding our own advice and counting to 10 when we got frustrated.”

“I’m sorry,” we might say to a friend, “for taking so long to respond to your phone call.”

Maybe we told an inappropriate joke — or did not speak up when someone else told one. Maybe we laughed at one at a friend’s expense. Whatever it is, our tradition says that true repentance requires us to face our misdeeds head on. Because if we cannot acknowledge what we have done, how will we go about changing our behavior? How will we know when we have changed?

Now, all of these rules were written long before the advent of social media, and I don’t think Maimonides and his disciples could have imagined sitting before a screen, writing a general request for forgiveness to dozens or hundreds of “friends.” But Maimonides and those who came after him did understand living in community, and thus the power of a public apology. In his same work on teshuvah, Maimonides writes:

The penitent who confesses publicly is praiseworthy, and it is commendable for him to let the public know his iniquities, and to reveal the sins between himself and his neighbor to others, saying to them: “Truly, I have sinned against that man, and I have wronged him thus and such, but, behold me this day, I repent and am remorseful.” (Mishneh Torah, Hilchot Teshuva 2:5)

So, if you want to blast your wrongdoings — directly and honestly — over social media or in a mass email, go for it. But do not confuse asking for blanket forgiveness with real and genuine apology.

Teshuvah, in Jewish tradition, is a process. Behavior changes require that we acknowledge, specifically, what we want to change, and also that we engage in the real and deep work to effect those changes. Anything less, our rabbis teach, is like entering a Jewish ritual bath while eating a cheeseburger.

None of us is perfect. We know our patterns, our stressors, the buttons we push; we know that we have and will miss the mark with loved ones, friends, and colleagues. But if we are going to enter a new year with a clean(ish) slate and repaired relationships, it is up to us to start the process.

But make it real, make it genuine, make it personal. FB Messenger it up. Lean into DMs. Or phone calls. Or do it face-to-face. Just don’t ask someone to forgive you without telling them what you are asking forgiveness for. 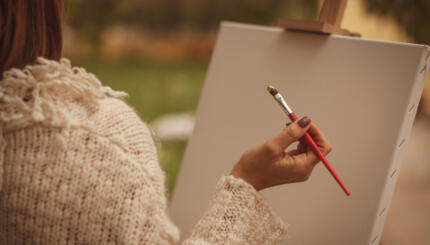