Reprinted with permission from “Jewish Views on Abortion,” from The Jewish Family and Jewish Continuity, edited by Steven Bayme and Gladys Rosen, published by KTAV.

At a conference on the subject several years ago, I stated that the discussion for the past several sessions, debating the time of ensoulment– whether the soul enters the fetus at conception, at the end of the first trimester, at birth–was monumentally irrelevant. From the Jewish standpoint, “It is not when does the soul enter, it is what kind of a soul enters.”

Classic Christianity has always said that the soul which enters the fetus is tainted and must be cleansed by baptism to save it from eternal perdition. According to the doctrine of original sin, each individual soul inherits the taint of its primordial ancestors.

When St. Fulgentius in the sixth century was asked when that stain attaches to the person, he replied that it begins with conception. This resulted in concern that the fetus be brought to term so that it might be baptized. Without baptism the soul is condemned to death in both worlds, making abortion clearly worse than murder.

Accordingly, it should be said that when Catholics reputedly decide to “let the mother die” rather than allow an abortion, they are not being cruel; rather, they are being logically consistent. The mother was presumably baptized as an infant; she can die and “go to her reward.” But the child must be brought to term and baptized to save it from perdition. So sincere is this concern that theologians at the Sorbonne in the nineteenth century invented a baptismal syringe, wherewith to baptize a fetus in utero in the event of a spontaneous abortion, a miscarriage.

But this is surely a concern that the Jewish community cannot share, since we have no concept of original sin. We recite daily in our prayers words that come directly from the Talmud: “My God, the soul with which thou hast endowed me is pure.” We inherit a pure soul, which becomes contaminated only by our own misdeeds. Thus, early abortion would send a fetus to heaven in a state of pristine purity.

While the Talmud does discuss the time of ensoulment–is it when the child is conceived, or at the first trimester, at birth, or, as one opinion has it, when the child first answers “Amen”?–it dismisses the question as both unanswerable and irrelevant to the abortion question. 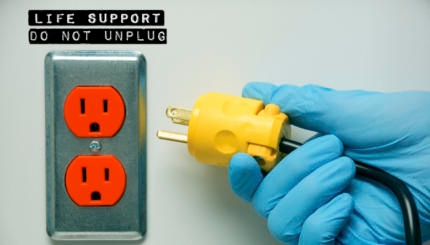