Eating Matzah At the Seder

Reprinted with permission from A Passover Anthology (Jewish Publication Society).

In about 1857, the first matzah–baking machine was invented in Austria, beginning a heated controversy that raged for half a century. Dr. Solomon B. Freehof has given us a full account of this dispute, which he calls “one of the most acrimonious discussions in the history of the responsa literature.” However, this should not be surprising as this was, indeed, a radical innovation for the fulfillment of a duty whose execution had long ago been elaborately defined to the minutest detail.

The newly invented machine kneaded the dough and rolled it through two metal rollers from which it came out thin, perforated, and round. It was then placed in an oven. As the corners of the dough, cut to make the matzot round, were re-used, it was feared that the time elapsing until these pieces of dough were used again might allow them to become leavened. A later machine was developed that produced square matzot so that there would be no leftovers. Other subsequent improvements in the machinery speeded up the entire process of production, leading to a general acceptance of the modern method. Meanwhile, many distinguished rabbis raised their voices in protest against the new machine, while others, equally respected, permitted its use.

Solomon Kluger of Brody, in a letter to Rabbi Hayyim Nathan and Rabbi Leibush Horowitz of Cracow, Galicia, where the machine was already in use, prohibited the eating of the machine-made matzot, especially for the matzot mitzvah [the matzah eaten to fulfill the commandment at the seder]. This letter and similar pronouncements by other rabbis were published under the title Moda’ ah le-Bet Yisrael (“Announcement to the House of Israel,” Breslau, 1859). In rebuttal, Rabbi Joseph Saul Nathanson published the pamphlet Bittul Moda’ah (“Annulment of the Announcement,” Lemberg, 1859).

One of Kluger’s most telling arguments was that the opportunity given to the poor to earn money for their Passover needs by working in matzah bakeries would be denied to them, as the use of machinery required fewer manual workers. He and his adherents also argued that matzah shemurah [“watched” matzah that is prepared in less than 18 minutes to be certain that no leavening has taken place], particularly, must be made with the intention of fulfilling the precept that requires the understanding of a mature adult. They also claimed that there was a suspicion that the pieces of dough left in the wheels of the machine, which were difficult to clean, would become leavened.

In the forefront of the rabbis who permitted the use of machinery was Joseph Saul Nathanson of Lemberg. They refuted the arguments of the opposition seriatim. If concern need be expressed about the displacement of the hand-bakers, the same solicitude should be shown to scribes whose replacement by the printing press had been universally accepted. They also held that these matzot are baked with the intention to comply with the law, as it is necessary for an adult to start the machine. They had no fear that the dough would be left in the machines as they are cleaned well and often. Furthermore, they contended that the machine speeds the process and is more efficient than the men and women who worked in the bakery day and night. The views of Nathanson and those who sided with him have been accepted by most Jews. 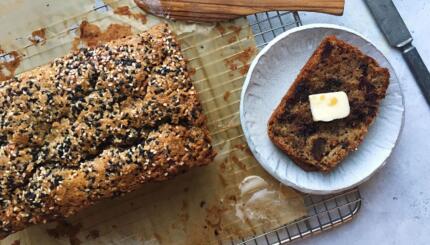 Passover cleaning goes beyond the physical and extends to the soul.