Pirkei Avot- Ethics of the Fathers

The standard rabbinic understanding that God revealed to Moses a written Torah and an oral Torah has often come under criticism: If it all goes back to Moses, then why state that something is the opinion of Rabbi Akiva or Rabbi Ishmael? Clearly, while the rabbis saw the authority for their interpretations as going back to Moses, they had to recognize that much of their work was innovative. Indeed, if they did not innovate, they would have risked becoming the stewards of an irrelevant body of law rather than the authoritative guides for a dynamic, living Judaism. During the times of the Hasmoneans, the sages innovated and allowed for raising arms in self-defense on the Sabbath; they also innovated in creating the holiday of Hanukkah. Later rabbis, recognizing that Hanukkah was established after the Bible, ask a very basic question that addresses the larger issue of rabbinic innovation.

But where were we commanded?

Rav Avya says: From the verse ‘Do not deviate [from the judgment that they tell you either to the right or to the left]’ (Deuteronomy 17:11).

Rav Nehemiah says: From ‘Ask your father and he will tell you, your grand-parents, and they will say to you’ (Deuteronomy 32:7)’" (Babylonian Talmud, Shabbat 23a).

Without biblical authority for the holiday, how indeed can we claim to be "commanded" to light Hanukkah candles? Rav Avya’s approach quotes a crucial text from Deuteronomy that, in many ways, provides a context for rabbinic self-understanding.

The rabbis read this passage about themselves, seeing their role as the judges of their own days. If the rabbis instructed that one should light candles on Hanukkah, according to Rav Avya, God’s authoritative leaders were issuing a command, and thus, the formula "who has commanded us" is perfectly appropriate. That the holiday of Hanukkah was an innovation established by the Hasmoneans is irrelevant.

For Rav Nehemiah, the authority for lighting candles derives not from rabbinic authority but from the fact of Jewish customary practice. "Ask your parents and grandparents" is a claim that tradition is authoritative in its own right. But unlike rabbinic traditionalists, such as R. Eliezer, who would assert that tradition is authoritative only because it goes back to the revelation to Moses from God, Rav Nehemiah is clearly affirming traditions of much more recent provenance.

A fascinating rabbinic parable provides additional insight into how the rabbis understood their role (the words of the scribes) as opposed to the role of the written Torah (prophecy):

Why would a king allow the envoy to present documents that had not been sealed with the king’s seal and signature? Clearly, the king trusts the envoy to modify the documents in light of the envoy’s own experience and understanding of the administrative needs of the province. The real locus of trust is in the envoy, not in the documents. But if that is the case, why not simply say so? Why does the envoy remove the seal and present new documents in the name of the king instead of issuing them in his own name? Even though the envoy has the authority to innovate and to issue edicts as he sees fit, the envoy recognizes that the source of his authority is the king, and therefore he presents his own edicts as though they were the king’s.

The rabbis see themselves as the envoys who have the authority to issue edicts, but rather than simply stating them in their own names, the rabbis use midrash (interpretation) to connect their own insights to the authority of the king. Building again upon the same passage as Rav Avya, this parable takes the claim of rabbinic authority even farther. Sometimes, as in the cases of remission of debts during the sabbatical year (which is mandated by the Torah) or of charging interest (which is forbidden by the Torah), the rabbis issued laws that entirely uproot the Torah’s intention because of their understanding of the needs of the time. In these cases, even though they made "right into left and left into right," the rabbis asserted their authority and their right to innovate, and the people accepted it.

Nevertheless, although the rabbis recognized, and at times even admitted, their creative role in the development of rabbinic law and thought, the priority was clearly always to tie their own interpretations of the law to the classical sources. For the Amoraim, the sages of the third through sixth centuries CE, that meant finding a basis in the opinions of the Tannaim (the sages of the first through second centuries CE) and in midrash upon the Torah itself. In subsequent generations, that meant finding a basis in the Talmud or in earlier commentaries on the Talmud or other sources of law (responsa and codes). Utilizing earlier sources never meant that one was forced to merely parrot earlier opinions. Through creative reading of earlier sources one could (to appropriate the metaphor of the parable) put one’s own ideas into an authoritative "box."

This process of the creative interpretation of earlier sources has continued through modern times. How one uses those sources and the cogency of one’s interpretation determine how likely one’s rabbinic colleagues are to accept a particular judgment. Sometimes, however, the contemporary situation is sufficiently dissimilar from earlier cases, and there just are no adequate traditional sources. Note the reticence of Rabbi Yehezkel Landau (1713–1793) in making a judgment when he feels that there is no basis for it in Talmudic sources. The question the rabbi was asked has to do with tithing (ma’aser kesafim); it was taken as an obligation to give one tenth of one’s income to communal and social justice needs.

Someone who is accustomed to tithe and some of his business transactions yield losses and some yield profits, can he balance the losses against the profits and tithe on the net profit, or is he obligated to tithe on all of the profit and not deduct the losses from other business deals?….

It seems simple that logically, there is no connection between the profit and the loss…. For if one has two fields and one is lost to a plague and the second is blessed by God, is there no obligation to tithe?!

Nevertheless, in my humble opinion, it seems possible to find a decision using the arguments of the Rishonim that if the profit and loss are in one year, one may be deducted from the other, but not from one year to the next. For the principle of tithing money is derived from the verse, "You shall surely tithe all of the produce that comes out of your field, year after year" (Deuteronomy 14:22). And the word ‘all’ is added to include business and interest. And I say that ‘year after year,’ which Scripture says, we interpret also in the context of tithing money that each year has its own accounting." —Noda baY’hudah, Yoreh Deah 198

Although Rabbi Landau was hesitant because the Talmudic sources just did not take into consideration "modern" business accounting, it did not prevent him from issuing a ruling that fit his times. He even went as far as to present a new reading of the text of the Torah, which was truly innovative. Although contemporary legal decisors may draw on a wider range of sources than was available to earlier rabbis, the process of finding fruitful analogies and creative readings of earlier authoritative texts is the hallmark of rabbinic innovation.

The Torah tells us to protect widows--but not all Jewish authorities recommend marrying them.

The Torah takes care to limit the power of both the kingship and the priesthood, the formal institutions of leadership and governance in ancient Israel. 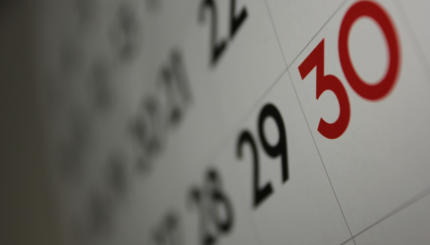 How Many Jewish New Years?

In ancient times there were four new years on the Jewish calendar.