In terms of the biblical worldview, Tamar‘s tragedy is evident: she has lost her husband, and she has no offspring to secure her status as a widow and give her life purpose. Tired of leaving her fate to male relatives Tamar takes action to secure her own position, thereby joining the circle of matriarchs who exemplify action to protect Israelite destiny.

When the Family Constellation Changes

As the Bible tells the story, Judah and Tamar are in-laws who have reached a crisis point in their relationship. Why? As Carol Meyers explains (Discovering Eve: Ancient Israelite Women in Context, 1988, pp. 133, 183), a young woman typically married into her husband’s extended family household. The new wife was expected to conform to household norms.

At first, Judah is more than willing to support Tamar’s rights. It is he who prompts Onan to perform his duty (38:8); however, when Onan dies in turn, Judah inwardly blames Tamar (38:II), although the reader knows that she is innocent (38:7, 10). Clearly, there is a failure of communication. Judah tells Tamar he will eventually allow her access to Shelah, while he privately intends no such thing. For her part, Tamar correctly surmises Judah’s true intentions, but she never confronts him, discusses it with him, or attempts less radical measures, such as mediation. Evidently, Judah’s abiding sense of loss and resentment are blocking his reconciliation with Tamar. Because of Judah’s failure to heal, Tamar is also unable to move on.

Even now, any new family member-whether spouse, in-law, or child-begins as an outsider. The attendant changes in family dynamics bring accompanying stresses. If conversion or adoption is involved, the difficulties of adjustment may be compounded, requiring increased patience and sensitivity. Recriminations, too, have never been uncommon when premature death occurs in a family.

Recovering from the Loss of a Husband

Tamar’s actions following me loss of her spouse involve extreme risk, but they are not reckless; she has a plan. Spousal loss should not force anyone into desperate acts. In modern terms, Tamar’s predicament cautions women today not to abdicate their financial security to others. They should be aware of and involved in household decisions concerning retirement plans, mortgages, and taxes. Too many widows emerge from mourning to discover financial troubles they had not known existed, and, apart from any monetary crisis that may ensue, are left with a tainted memory of their loved one and an ensuing anger that is hard to resolve.

On a less dire note, entering widowhood nowadays may not be dangerous, but it can be frightening to face life as a single after years of partnership. Tamar’s courage in the face of genuine adversity serves as a model for those who fear entering a social situation alone for the first time, and it may help reduce that fear to realistic proportions. After all, no one in America today will try to burn them for exiting their fathers’ houses, even were they to turn up pregnant.

Widows today should remember that they are not genuinely alone. Just as Tamar could fall back on her family of origin, the bereaved should not avoid turning to their support networks of family and friends. If these do not exist or are inadequate, there are communal resources-and new interests and people yet to explore.

Tamar eventually rises from her mourning and responds to her loss by taking action that will produce meaning for her life. Producing an heir is not the only way to create a legacy. Many are the widows and widowers who have responded to their loss through volunteer work and community involvement. Victor Frankl, in his work Man’s Search for Meaning (1959), taught that while we may have no control over circumstances in which we find ourselves, we have utter freedom in how we respond to those circumstances, even if only in the attitude we choose to assume in response. Tamar teaches us not to become immobilized by loss. Mourn, but then move to find ongoing purpose.

The Role of the Foreigner

Had Tamar been kin, mention of her lineage would be expected; thus it seems that she was foreign. Yet this matters little to Judah: he resents Tamar because he associates her with the loss of his sons, not because of her ethnic identity. Judah had himself been married to a Canaanite, and it is he who arranged Er’s marriage with Tamar in the first place (38:6). Moreover, in Tamar’s time, no conversion rite, as such, existed; she makes her affiliation clear by aligning herself with the destiny of Judah’s household-and thus with the destiny of Israel.

Non-Israelite origin connects Tamar to the story of Potiphar’s wife that follows in Genesis 39. Placing the story of a good woman next to that of a bad woman clarifies, from a biblical standpoint, the meaning of both goodness and badness in women. This juxtaposition of good and bad models, known to literary structuralists as “binary opposition,” is found again in the case of the widow of Zarephath (in Phoenicia), who aids Elijah in I Kings 17 and is in counterpoint to that other Phoenician woman, Jezebel, who hounds Elijah.

Women are not the only foreign exemplars: the good Kenites are repeatedly balanced with the hated Amalekites (Exodus 17-18; Judges 4; and 1 Samuel 15:6. Such stories provide examples of how a foreigner or foreign people should behave, and less edifying one of how they often did behave. In the context of the Bible, such passages represent ethnic tensions of the past and highlight the uncertainty of trusting outsiders. For the modern world they serve as a reminder for us to judge individuals by their actions and attitudes, rather than by labels and assumptions. 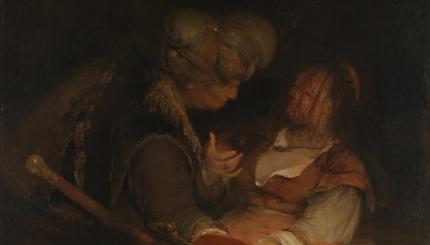 Sex workers--like Tamar--are fueled by cycles of sexism and poverty. 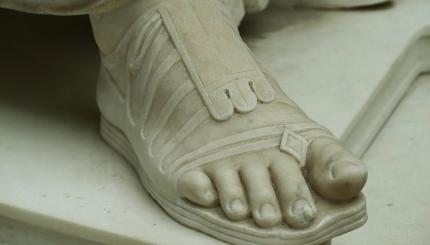