There is a series of special Shabbatot (Sabbaths) that start before Purim and continue until Passover. These are called the Arba Parshiot, the four portions, referring to the special, additional Torah reading associated with each particular Sabbath. This article discusses the two Shabbatot that precede Purim. Between Purim and Passover there are two additional special Sabbaths: Shabbat Parah, the Shabbat of the "red heifer," and Shabbat HaChodesh, the Shabbat that begins the month of Nissan. The Torah readings for these two occasions relate to the upcoming holiday of Passover. For more information on all the special Sabbaths throughout the year, read the Special Shabbatot article. Excerpted from Celebrate! The Complete Jewish Holiday Handbook. Reprinted with permission of the publisher (Jason Aronson Inc).

Adar [the sixth month on the Jewish calendar] starts a special cycle of Torah selections, arba (four) parshiot (selections), read in the synagogue on the Sabbaths between the end of winter and the beginning of spring. Two directly relate to Purim.

The first special Sabbath is named for the Torah commandment requiring each male more than 20 years of age to contribute a half shekel [a type of coin] to the Temple before the first day of the month of Nisan (Exodus 30:13-15). The money was used to pay for sacrifices that were offered on behalf of the community. Since, as of the first of Nissan only new shekalim could be used to buy the animals, reminding people of the obligation on the first Shabbat of Adar gave them a month to fulfill it.

The reading, done in addition to the regular Torah portion, consists of the first six verses of Ki Tisa (Exodus 30:11-16) pertaining to the mitzvah [commandment], and a special haftarah (prophetic reading, II Kings 11:17-12:17) on the subject. The collection was set for Purim since attendance was traditionally high on that date.

Fulfillment of the mitzvah continued even after the Temple no longer stood, the money going to support institutions in the Land of Israel. Three mentions of the term makhazit hashekel [half-shekel]in the commandment led to the custom of using three coins. It also became commonplace for a silver dollar or packet of coins to be placed on the collection plate so that even the poor could seem to be giving the full amount required. They would put down some coins, "borrow" the silver dollar or packet, and then put it back, as though it was their gift.

This Purim collection of shekalim holds special significance as a reminder of the 10,000 talents of silver Haman offered King Ahasuerus to pay for the destruction of the Jews (Esther 3:9). It symbolizes our redeeming ourselves, particularly through the giving of tzedakah (charity).

The Sabbath preceding Purim, "Shabbat of Remembrance," sets the stage for the Purim tale. We must read its particular extra portion (Deuteronomy 25: 17-19) accompanied by its haftarah(I Samuel 15:2) once a year. This is because 12 months is the period of time after which we generally forget things, it defines the period of mourning for a deceased loved one, and identifies when an abandoned object is considered ownerless. Since the parasha [Torah portion] commands us to remember the deeds of Amalek and erase his memory, the Sabbath preceding Purim is the most appropriate occasion for reading it.

The purpose of the parasha, which is to be heard by both men and women, is to warn us of the consequences of not eliminating what threatens to destroy us. What we must blot out is the vestige of Amalek (evil); what we must not forget is our own Jewishness (moral responsibility). The week before we will hear about how the assimilated Jews of Persia were almost eliminated, we are being warned not to so identify with the society around us that we lose our unique identity and mission.

Eat, drink, and be merry is not without controversy. 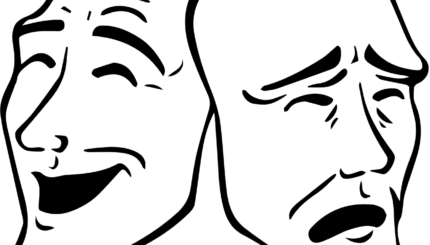 Local celebrations echoing the Purim theme have been instituted by communities throughout Jewish history.

At its core, this festive holiday grapples with deep and even troubling themes.