Reprinted with permission from the Diarna Project.

At the center of the carefully maintained Jewish cemetery of Fez, Morocco resides a small domed shrine capped with a colorful crown. Inside the tomb are the remains of a young woman’s head. This head once belonged to Soulika, a beautiful Jewish teenager who was executed by the king of Fez in the early 19th century. Killed because she refused to give up her Jewish identity, the stories of her life and death have inspired music, artwork, religious traditions, and films. She is the Moroccan Jewish equivalent of France’s Joan of Arc. Soulika defended her values and was unfailingly loyal to her people, and like Joan of Arc, she was executed for her beliefs by the reigning authorities. Soulika’s tale has become the stuff of a long folkloric tradition.

Lalla Sol Ha-Tsaddiqah–known informally as Soulika–was born in 1817 in Tangier, a city on Morocco’s northern coast. Many legends surround her tragic fate. By all accounts, she was an exceptionally beautiful, pious, and modest young woman. According to one popular version of the story, her perilous beauty caught the unwanted attention of the king in Fez. He demanded to take her away from her family and insisted she convert to Islam so that he could legally marry her.

As courageous as she was attractive, Soulika refused. Enraged, the king ordered her decapitation. After her head was severed, the king displayed it on a high wall in Fez for all to see, and to teach a lesson to Jewish women in particular. Soulika’s story combines martyrdom and romance, and it highlights the danger of being a Jewish woman in a world where it was possible at any moment to be snatched away from one’s community and family in order to satisfy the whims of a monarch.

Scholars debate the details of the story, which at this point will probably remain forever in doubt. They generally agree, however, on the truth of the basics of the story, and recognize that her legend has taken on a life all its own, worthy of studying as a recurring motif in Moroccan culture.

Soulika’s shrine stands in the middle of the Fez Jewish cemetery. During the annual hilloula (pilgrimage) to Soulika’s tomb (video here), Jewish pilgrims light candles and place them in a small enclosure on the part of the structure closest to the ground. On the side of the tomb, a plaque in Hebrew recounts Soulika’s saga as well as a slightly moldy French version. Looking northeast from the shrine it is possible to see one of the old walls of the Jewish quarter, where Soulika’s head was supposedly impaled after her execution.

In a twist of history and syncretistic practice, Jews and Muslims alike venerate Soulika for her purported healing powers. Stories of how Soulika’s sainted intervention helped save lives and perform miracles are numerous. For example, according to Issachar Ben-Ami, a scholar of Jewish saint worship in Morocco, Soulika’s intervention from beyond the grave is believed to save sick children from death, especially if they are baby girls named in her honor.

Because the exact date of Soulika’s execution is unknown, Soulika’s annual hilloula is held in May or June, coinciding with the hilloula of another sainted resident of the Fez Jewish cemetery, Rabbi Chaim haCohen.

Soulika’s tale of resistance, passion, and martyrdom has been a source of inspiration for Moroccan Jewish culture. In Tangier and other northern cities, mothers would sing songs in Ladino about Soulika as a cautionary tale to their daughters about the dangers of unwanted affection, especially from a ruler.  Vanessa Paloma, a scholar and professional singer, sings a haunting rendition of one these songs. Sfatayim, an Israeli-Moroccan band known for popularizing Moroccan themes in Israeli musical culture, wrote a song in Hebrew about Soulika.

One scholar has devoted a French-language book to Soulika’s story, and a Polish filmmaker has similarly been inspired by Soulika to create this film. The 19th century French painter Alfred Dehodencq‘s painting "Execution d’une juive au Maroc" ("Execution of a Jewess in Morocco") depicts a dramatic interpretation of Soulika’s public beheading.

These many artistic representations, each with its own rendition of Soulika’s plight, illustrate how her appeal remains strong well into the 21st century. Her story, which touches on themes of assimilation, faith, femininity, and external threats to the Jewish people, continues to fascinate and inspire audiences around the world, far beyond the picturesque confines of Soulika’s shrine in Fez.

What was your favorite part of the week? I hope I speak for some of you when I say that ... 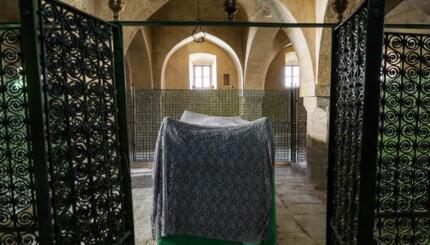 The seizure of power in the Maghreb by a fanatical sect disrupted the relations between Muslims and Jews.