Practical Aspects of Death and Mourning

There is a moment directly after a loved one’s death when thought and action cease. It’s an instant of dissociation from everything before the tragedy, and everything that will follow.

The hit HBO television show Six Feet Under took advantage of that moment once a week for five seasons to educate viewers about death and preparation for burial in a dramatic and entertaining way. As I watched the first season of the show in 2001, it seemed to me that rather than selling products, these weekly lessons about dying were meant to enhance the viewer’s life. I am accustomed to thinking of television as an ethical wasteland, and of Torah–not television–as the weekly lessons meant to enhance my Jewish life. This show seemed to bridge the gap.

This past spring, a Jewish storyteller, or magid, put a Jewish spin on Six Feet Under in a class, offered to stimulate the Berkeley, California, community’s thoughts about Jewish burial customs, in advance of the annual hevra kadisha (burial society) conference the following month. It helped me to understand that television could be Torah.

In Class with the Magid

I decided to attend the class because I knew magid Jhos Singer’s reputation in dealing with challenging material. If anyone could pull the Jewish meaning out of this show, Singer could. I first encountered Singer teaching at a Jewish meditation center in Berkeley, where he led services, with an unerringly sharp d’var Torah and music that spoke to my bones. Sometimes synagogue can lull people to sleep but with Singer, nobody dozed.

“The Torah of Six Feet Under” opened a window into Jewish life for the class. We watched all 13 emotionally jarring episodes of the award-winning first season. Though it’s not about Jews, the show is ideally suited to an exploration of the techniques and ethics of Jewish preparation for burial: Each episode brought another kind of death, leading to the preparation of a different kind of body for burial, and the challenge of another family’s bereavement. After each episode, Singer guided the discussion with a prepared vort introducing the themes of the show, discussing how the Fisher family (owners of the show’s funeral home) can be viewed in the context of Torah, Talmud, or a practical guide to Jewish burial customs.

Singer taught that rather than hiding death or minimizing its impact on the living, Jewish tradition considers death a time of transition no less worthy of our honor and attention than birth or marriage. Because four of our classmates were active members of the synagogue’s hevra kadisha, participants conversed weekly with people who honored a Jewish commitment to the end of life.

Honor for the Dead

We gained a personal understanding of how the principle of kavod ha-meit (honoring the deceased), compels one to behave during tahara (the process of preparing a body for burial). Because of kavod ha-meit, a body must be covered modestly while it is being prepared, and only the team that prepares the body for burial is permitted to view the deceased.

At the funeral parlor of Fisher & Sons, the preparation room often contained an unclothed corpse: Friends, family members, and business associates would enter the room at the time when a body was being prepared, often to discuss matters unrelated to the deceased. Although some of this is admittedly to advance a plotline, the dialogue never addresses the idea that this might be disrespectful.

While the Fisher family embalmed each cadaver to preserve the body so that family members from distant places were able to view the corpse in an open casket, kavod ha-meit calls for burials to happen the day after death or as soon as possible thereafter. Because of kavod ha-meit, a Jewish body’s fluids are not replaced by artificial embalming fluid; the fluids that carried our human vitality do not become medical waste.

The Fishers mostly prepared elegantly dressed bodies for ornate, open-casket funerals; kavod ha-meit requires a plain white linen shroud, a simple wood coffin, and a closed casket. Rabban Gamliel established this precedent for Jews of all times and places after seeing how Jews who were poor were made to feel shame because they could not afford all the trappings that richer families provided.

Because of the hevra kadisha members in our class, each week provided an opportunity to learn about the preparation for burial of Jews in our community. With exemplary discretion, the identities, situations, and locations of the deceased remained confidential, but challenging aspects of a burial were brought to the attention of the group, and hevra kadisha members described how they were able to honor the deceased in all cases–whatever circumstances surrounded the death.

Could tahara be performed at home? Yes.

If the deceased wished to be cremated, could tahara be performed? Well, a hevra kadisha, we learned, is a fairly autonomous structure guided primarily by tradition or custom rather than rabbinic authority. So for our community’s hevra kadisha, the answer to this question is yes. But for others, the answer may be different.

This weekly connection to real bodies meant I wasn’t just seeing a playacted death on each new episode, I was remembering my father’s funeral and thinking ahead to my own.

Singer’s teachings showed participants that deep lessons can be found in those moments when death slams into the living, and paradoxes of truth emerge from the collision. In the first episode of “Six Feet Under,” for example, the Fisher family is broadsided by the sudden loss of its patriarch.

Eldest son Nate, coming home for the holidays, waits for his father, Nathaniel, to pick him up at the airport. Nathaniel is killed by a bus en route. Matriarch Ruth, at home cooking pot roast for the family’s reunion dinner, is the first to hear the news. She collapses to the floor. When son David walks in to see what the commotion is about, Ruth says, (in a voice that separates now from yesterday and tomorrow), “There’s been an accident, the new hearse is totaled, and your father is dead. Your father is dead, and my pot roast is ruined.”

With this simple line, we witness Mrs. Fisher’s encounter with The End in a blend of the quotidian with the utterly singular. This is a moment when Jhos’s instruction on paradox shines like a laser: Sometimes a pot roast isn’t just a pot roast. Singer quipped, “Kavod ha-meat.”

But he was not going for blasphemy, nor was he attempting to disgust his listeners; he was shining light on Ruth. Fisher, who is in a state in which the pot roast, the symbol of a mother’s loving care of her family, and her deceased husband are meat of equal merit, the commonplace and the profound, both losses equally worthy of honor and awe.

In counterpoint, Singer recounted the talmudic story of a devout man who had one failing: He visited prostitutes. He travels across the sea to visit the best in the world, and climbs into her bed, only for his tzitzit to slap him in the face. He climbs off the bed. The prostitute asks how she failed. He insists the error is not hers: “Just now, these four tzitzit appeared to me as four witnesses, testifying to the truth” (Babylonian Talmud, Menachot 44a).

A simple story would end there, and in fact one of the first lessons of the story is that a spiritual practice can guide our steps. But the story continues with the prostitute’s conversion. She sells all her possessions and travels to the yeshiva of the rabbi who taught her tzitzit-wearing customer. She knocks on the yeshiva door, and approaches the rabbi with her request to convert. The rabbi takes one look at her and accepts her as a student. The lesson of the prostitute–and the porn star–is that even those actions that appear to transgress may shine light on another’s path.

But Singer unfolded yet another set of meanings: regarding a woman student in an all male setting, the appropriateness of a former prostitute as a candidate for conversion, and the spiritual discipline required by a rabbi to see instantly beyond the surface. “He was a tzadik [holy man],” Singer said. “Can you imagine that situation today? An ex-prostitute tells this story, and the rabbi said, ‘Come into my yeshiva, worthy proselyte”? Singer laughed and then continued: “He looked through the skin and into her soul. I need that lesson!” I say, don’t we all?

Indeed, not all of the Torah of “Six Feet Under” is about death. Ruth learns the wisdom of the pot roast and the prostitute–that life can turn on a dime toward damnation or redemption. Certainly these are lessons for the living. And often the most favorable classroom for learning those Torah lessons may be found in that moment directly after a loved one’s death when life has shattered us, and all thought and action cease.

Reprinted with permission of the Forward.

How to Plan a Jewish Funeral

A practical guide to preparations for Jewish burial and mourning. 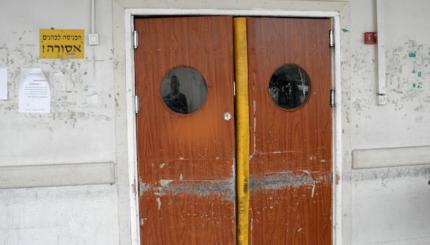