This is one view among several possible Jewish views of the ethics of selling firearms..Excerpted with permission from Sh’ma: A Journal of Jewish Responsibility, 11/214, May 15, 1981.

Time Magazine reports that you are giving serious consideration to discontinuing the sale of handguns in your establishment. No doubt, the recent attempt upon the life of President Reagan is prompting such soulsearching not only on your part, as proprietor of the store which sold that particular gun, but on the part of countless other gun dealers as well. Permit me to draw your attention to one aspect of Jewish teaching which should figure prominently in such deliberations.

Maimonides (Mishneh Torah, Laws of a Murderer 12:12, paraphrasing Babylonian Talmud Avodah Zarah 15b) declares: “It is forbidden to sell heathens weapons of war. Nor is it permitted to sharpen their spears, or to sell them knives, manacles, iron chains, bears, lions, or any object which can endanger the public; but it is permitted to sell them shields which are only for defense.”

Mr. Goldstein, a sticker on the door of your shop reads, “Guns Don’t Cause Crime Any More Than Flies Cause Garbage.” Maimonides disagrees emphatically. In explaining the premise upon which this provision of Jewish law is based, Maimonides tells us that in selling arms to a heathen “one strengthens the hands of an evil-doer and causes him to transgress” and “anyone who causes one who is blind with regard to a matter to stumble–or one who strengthens the hand of a person who is blind and does not see the path of truth because of the desire of his heart violates a negative precept as it is stated, ‘you shall not put a stumbling block before the blind.’”

This precept was understood by the Sages as an admonition designed to protect not only the physically blind, but the intellectually and morally blind as well. A Jew is forbidden to take advantage of another person’s lack of awareness in a way which causes harm to that person or others. The Torah forbids us to mislead the blind and thereby cause them to stumble. We are forbidden to give the uninformed misinformation or poor advice; we are forbidden to prey upon, or pander to, the predilections of the morally blind.

These restrictions are part of Torah and accepted by Jews because such is the divine command, but they also happen to make good sense.

Jewish law recognizes that indiscriminate sale of weapons cannot fail to endanger the public. The daily newspaper confirms this deep-seated distrust far more often than is necessary. As the bearers of an ageless moral code, Jews ought to be in the vanguard of those seeking to impress upon our legislators that handguns are indeed “stumbling blocks” which must not fall into the hands of the “blind.” Criminals do commit crimes, and it is precisely because “morally blind” criminals are disposed to crime that Judaism teaches that it is forbidden to provide them with the tools of their trade.

Yes, Mr. Goldstein, flies do not cause garbage, but garbage does attract flies. Guns may or may not cause crime, but crimes of violence cannot be committed without tools of violence. Self-restraint in the sale of weapons is a small enough price to pay for even marginal enhancement of public safety.

Jewish ethics demand that we be scrupulous in paying taxes. 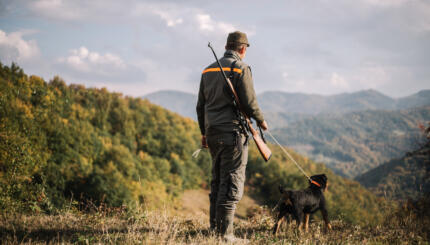 What Judaism teaches about firearms, hunting and more.

Insider trading--using privileged knowledge for profit in the stock market--violates many Jewish principles.