Excerpted with permission from Feldman’s essay “Death as Estrangement: The Halakhah of Mourning,” published in Jewish Reflections on Death, edited by Jack Riemer (Schocken Books).

The initial seven-day period immediately following death is the most intensive period of mourning. During this time, the following are prohibited:

2.     Washing one’s clothes. This is based on II Samuel 14:2: “And Joab sent to Tekoah and he took from there a wise woman; and he said to her, ‘Do thou mourn and wear mourn­ing clothes, and do not anoint thyself with oil, and thou shalt be as a woman mourning for her husband for many days.'” The Talmud sees in the phrase “mourning clothes” a clear implica­tion that the clothes she was bidden to wear were to be un­washed. According to one talmudic opinion, the washing of clothes itself is not forbidden; the prohibition extends only to the wearing of newly washed garments.

3.      Anointing or washing oneself. This too is based on the above-cited passage. Moed Katan 15b also cites Psalms 109:18, in which water is parallel to anointing with oils. That washing is normally a part of anointing is indicated from Ruth 3:3, which mentions them together: “Wash and anoint thyself.” According to Berakhot 2:7 in the Palestinian Talmud, they are forbidden because they give pleasure. By the same token, if the mourner is unusually dirty and washes only for the purpose of cleansing himself, but not for pleasure, this is permitted.

4.     “Use of the [conjugal] bed”: i.e., marital relations. This is derived from II Samuel 12:24, concerning David and Bathsheba. The passage implies that she was forbidden to him prior to the end of the mourning period. A mourner may not marry a wife during the mourning period, even if he does not physically consummate the marriage. Betrothal, however, is permitted.

5.     Wearing of shoes, which is derived from Ezekiel 24:17: “And thy shoes shalt thou place on thy feet,” which, for the rabbis, implies that this is permissible only to Ezekiel, because he is a priest, but is forbidden to all other mourners.

6.     Working, based on Amos 8:10: “And I will turn thy festi­vals into mourning.” Just as a festival has in it a prohibition against work, so also is a mourner prohibited to work.

7.     Study of scripture, based on the same passage in Ezekiel. Moed Katan 3:5 derives this prohibition from Job 2:13, “‘And does not speak a word to him’: even a word of Scripture.”

8.     Sitting on a bed or couch. This is based on II Samuel 13:31, where it is said of King David that “the King rose up and tore his clothes and lay on the ground.” Additional support is in Job 2:13: “And they sat with him on the ground.” It is interesting that there is no requirement to sit on the ground: The mourner may walk or stand constantly. But if he does sit, it is not to be on a regular bed or chair, but on the ground, or on a low stool. Related to this is the requirement to overturn the bed, based on Bar Kappara’s dictum: “The Lord says, I have set the likeness of mine image on them, and because of their sins have I upset it; let your couches therefore be overturned on account thereof.” That is to say, man has distorted his divine image by sinning, and man’s sin has brought on death.” As an act of mourning, he does not sleep in the normal manner.

9.      Muffling of the head is now prescribed; that is, the mourner must cover his head and most of his face with a ker­chief. Known as pri’at harosh, this is based on Ezekiel 24:17, which implies that a nonpriest must wrap his head. The pur­pose here is evidently to make the mourner look like a broken and humbled man.

10.    The mourner is prohibited from giving a greeting of well-being. Literally, he may not “ask one’s peace,” as in Genesis 24:6: “Is it peace with him? It is peace.” This too is based on Ezekiel 24:17: he’aneh dom–“sigh in silence.” The mourner may not give or receive greetings for the first three days of mourning.

In addition to the above restrictions, the mourner has one further one–and for our purposes, a very significant one. He may not offer a sacrifice for seven days. “Rabbi Simon says, the shlamim [sacrifice] is offered at a time when he is shalem [i.e.,”complete”] and not at a time when he is an onen [mourner].” Tosefta Zeb. 11 states, “An onen is not permitted to bring a sacrifice for the entire seven-day period.”

A Psychological Interpretation of the Laws of Mourning

The actions required of mourners following the death of close relatives help them to confront the reality of the death, to work through feelings of ambivalence, and to express grief and anger. 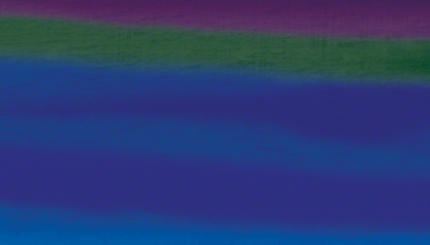 Mourning customs reflect the depersonalization and distance from God experienced by the mourner who has just confronted the death of a close relative.

Shiva is observed in the home as an intensive mourning period for close relatives.