Who Owns Our Words?

Stealing and lying are put together in this verse for an excellent reason. When caught stealing, a thief’s most instant response may be defensiveness and denial, making stealing and lying causally related. I steal, therefore, I lie. Alternatively, stealing may be another type of lying, specifically when stealing involves intellectual property. In Jewish law, we have a category of deception called “genevat da’at,” the stealing of knowledge. This does not only involve copyright infringement and crimes involving money. Specifically, genevat da’at usually refers to taking another’s idea and calling it your own. We have a word for it: plagiarism.

You steal someone else’s thoughts and lie to others because you make it seem like you are smarter, kinder or more competent than you really are. This has become a problem of immense proportions because of the pressure to succeed combined with the ease of access offered by the internet. How else can we explain acts of mass cheating that have taken place in Jewish day schools recently, where foundational values of honesty and integrity have been comprised for the sake of better SAT scores and college acceptances? Accomplishments are faked on resumes, and more than one journalist in recent years has stolen a story.

A recent New Yorker article, “The Plagiarist’s Tale”(Feb.13-20, 2012) helped me understand the mind of the plagiarist. Quentin Rowan wrote a spy novel called Assassin of Secrets in James Bond style. The style was so much like a James Bond novel that someone realized it actually was heavily excerpted from Ian Fleming’s actual writing. But not only Fleming. Rowan took pieces of multiple authors and strung them together so cleverly that an outside observer found 34 different acts of plagiarism in the first 35 pages. Someone actually thought that Rowan did it intentionally, as a literary art form.

Think again. The plagiarist was discovered, and the book was recalled. Rowan had to pay back his advance and other related expenses. Ouch. This was not Rowan’s first act of plagiarism. He actually stole material for a piece in The Paris Review and other publications. It’s not that he was necessarily a good plagiarist; people trusted him, and no one caught him so he did not stop himself in the act. Even George Plimpton praised his writing. In the New Yorker article, Rowan tries to explain what led to this trajectory of deceit and describes an only child who once wrote a poem that was included in an anthology of poetry when he was a college student. He felt the expectations for his writing were high, yet he simply couldn’t live up to them with his own talent or lack of it. But he did not want to disappoint anyone. Initially feeling guilty, he slowly describes the false self that emerged. Rowan compared it to a talented young athlete who gets known for being an athlete but secretly hates it. He said he grew up believing that he had to write a novel but lacked the ability. Rowan stole someone else’s work and then lived the lie of people believing he was an accomplished author when he wasn’t. First there was stealing and then there was lying.

The Talmud (BT Chullin 94a-b) records that it is forbidden to mislead people. Rabbinic commentaries in the centuries following the Talmud all affirm the same position.

Genevat da’at is not only taking someone else’s ideas. It may be stealing someone’s heart by inviting a person to a dinner when you know he can’t attend or feigning interest in something you have no intention of purchasing thereby wasting a clerk’s time (this particular instance is questionable in a consumer-based society where the maker of the product is not necessarily the vendor). Deceit may come in the form of giving someone advice which is self-serving and does not benefit the recipient. The best way to rectify this problem is to follow the advice of Ethics of the Fathers and make sure to credit those who give us good ideas. They make us look smart. We don’t look less intelligent because we give others credit but look more humble because we do. 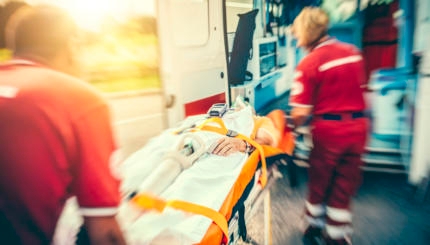