Excerpted from A Guide to Jewish Prayer with permission of the publisher, Schocken Books.

It is accepted practice for Jewish communities, in times of trouble and distress, to declare a public fast on a certain day or days, hoping that the power of prayer and charity, fasting and self-purification, will bring heavenly salvation. The Bible refers to this several times, e.g., “Blow, the trumpet in Zion, sanctify a fast… then will the Lord be jealous for His land and pity His people” (Joel 2:15-18).

Among other instances, the people of Israel fasted for salvation from the Philistines (I Samuel 6:6), when their fields were devastated by a plague of locusts during the period of Joel (1:14), and on the three-day fast called in support of Queen Esther’s efforts to overturn Haman’s decree in the time of King Ahasuerus (see Esther 4:16). The Mishnah declares that this should be done “for any trouble that comes upon the community” (Mishnah, Ta’anit 2:8). Tractate Ta’anit is devoted to the laws and customs for such fast days.

Fasts held on occasions of public distress may be declared for universal observance, for one country, for one city, or even by one community within a city. There is no clear-cut definition as to what is considered proper cause for a public fast day, the matter resting with the judgment of the local Jewish religious court. Thus, it might sometimes happen that a fast day is declared in one place where the community has been harmed by a particular event, even though the same event may be fortuitous for another community.

There was a fixed sequence of public fasts, of progressively increasing severity, for a scarcity of rainfall, or drought, in the Land of Israel. If the rainy season began and rain did not fall, a series of fasts was held (as many as 13, on Mondays and Thursdays of each week), culminating in several as stringent as the fast on Tisha B’Av. During Temple times, there was also a special order of shofar blowing, an additional six blessings were inserted into the Amidah [central standing prayer], and there was even a Ne’ilah service [a closing service like the one at the end of Yom Kippur].

Although some of these rulings were recorded in the Shulhan Arukh [the major code of Jewish law],in fact, such a series of fasts has not been held for many generations, although even today public fasts are occasionally proclaimed because of a lack of rainfall.

On fast days held for public distress, the prayer services are the same as for any other public fast day, including Torah reading in the Shaharit[morning]and Minhah [afternoon] services. There are special Selihot for a fast declared for lack of rainfall, as well as a special prayer formulation inserted in the Amidah. There is likewise a special piyyut [religious poem] for a fast day held because of an epidemic of children’s diseases.

There have also been occasions when a public fast was declared, not for reasons of distress but in order to arouse people to repent. Such a fast is mentioned in the Book of Ezra (Chapter 9). Halakhically [according to Jewish law], it is left for the local authorities to decide whether such a fast is to be treated like a public or a private fast.

In each generation, certain individuals have held personal fasts for various reasons. Often this is because they wish to devote themselves to self-purification and prayer, in order to ask that some distress or pain from which they have been suffering cease. Among such fasts should be included Ta’anit Halom–afast undertaken because of a bad dream that evokes fear and dread. Our sages said that in such a case a person should fast in order to avert an evil fate decreed for him (Talmud, Shabbat 11a). Since such a fast is intended for the serenity of the soul, one may even fast on Shabbat; however, to atone for having infringed upon the joy of Shabbat, one must then fast on another day in compensation (Talmud, Berakhot 31b).

Other private fasts are those held in memory of loved ones. This is mentioned in the Talmud, and it has been common practice in many Jewish communities for a person to fast on the day his mother, father, or his religious mentor died (Yahrzeit) [ Shulhan Arukh, Orah Hayyim 568]. However, this custom–as well as private fasts in general–was more or less dropped in modem times, due to the influence of the Hassidic movement, which generally sought to diminish self-mortification in Jewish observance.

Another kind of private fast is that undertaken for repentance. Such fasts, already mentioned in the Bible and Talmud, sometimes depend entirely upon the individual’s feeling that such would be the correct way to atone for some sin or sins one had committed. However, in the course of time, people usually consulted a religious sage for guidance as to how to expiate sin. In addition to various forms of self-mortification, such atonement would include the assignment of a number of fasts, in proportion to the seriousness of the offenses.

Such matters are dealt with in many halakhic compendia, as well as in Kabbalah-oriented manuals. The Tikkunei ha-Teshuvah (“Rules of Repentance”) of Rabbi Isaac Luria impose a large number of fast days, both for sins enumerated in the Torah and for sins of moral corruption and unseemly behavior (for example, a large number of fasts for the sin of anger). Certain religious works, such as Tikkun Karet, have also been written on this subject.

Another type of private fast is that undertaken for the cleansing of the spirit and the purification of the soul. Such fasts, too, are mentioned in the Talmud (Talmud, Bava Metzi’a 85a), and are naturally practiced by only a select few.

When a person decides on a private fast, he must explicitly verbalize his intention (using a special formulation for such occasions) during the Minhah prayer preceding the day he intends so to do. A fasting individual does not alter the prayer service, except to add the Anenu prayer in the Shema Kolenu benediction of the Amidah (among Ashkenazim, at Minhah only).

In addition to the usual one-day fasts, there were those who wished to do added penance by fasting two or three days in succession (as recorded in the books of Jewish customs from the Middle Ages on). There were even some people who undertook to fast “from Shabbat to Shabbat,” ceasing to eat or drink from the conclusion of Shabbat until the beginning of the next Shabbat.

Another type of fast (observed mainly among Sephardim) is Ta’anit Dibbur–a “fast” of speech, in which an individual, or sometimes an entire group of people, avoid speaking of secular matters for one or several days.

Similarly, there is also a Ta’anit Sha’ot–a fast of hours, from dawn till midday, which is considered a half-day fast.

As inferred earlier, there are contending views in the Talmud and in later works for or against fasting and self-mortification in general. Some sages used to fast year-round, eating only one meal each night [Talmud, Pesahim 68b]; some did so for many years, and even in recent generations certain righteous people have continued this practice. At the same time, there were many who objected to this mortification of the body, notably leaders of the Hassidic movement [See Iggert ha-Teshuvah of Rabbi Schneur Zalman of Lyady], who instead recommended that one increase acts of charity and the performance of good deeds. 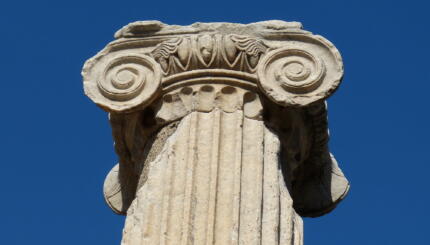 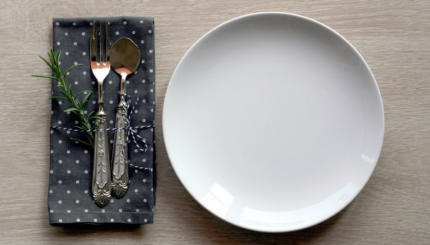 The Fast of the First Born

This pre-Passover fast applies to a select few.