Kabbalistic thinkers in the Middle Ages saw the performance of mitzvot in a new way. They believed that such acts actually influence the Divinity and the cosmos. To express this idea, they drew connections between the performance of mitzvot and the ten sefirot, personal aspects of the one hidden God. These are often represented pictorially by a diagram resembling a human body, with the highest sefirah, Eyn Sof (“Infinite”), at the head. Reprinted with permission from The Mystic Quest: An Introduction to Jewish Mysticism, published by Jason Aronson.

The outward manifestations of religious observance among Jewish mystics [are] not essentially different from the practices of other Jews who followed the rabbinic tradition. Jewish mystics said the same prayers, prayed in the same synagogues, and observed the same rituals (mitzvot) as other Jews. Although they acted like their contemporaries, the Jewish mystics approached the meaning of their religious life differently.

The Purpose of Mitzvot, According to the Mystics

Jewish mystics believe that the two primary purposes of religious observance are to connect the soul to its source in the sefirot, and to restore the intrinsic unity within the sefirot through ritual actions. These two functions, the unitive and restorative, permeate every aspect of Jewish mystical approaches to religious life.

Since the mystics believe that the soul comes, indirectly, from the realm of the sefirot, it naturally yearns to return there. All forms of religious observance are vehicles that transport the human soul upward through the heavens and palaces of the upper world, through the chambers of the spiritual world, to the gate of the realm of the sefirot. Jewish mystics are extremely cautious on the question of how high up the soul can ascend on the chain of divine being. […] Only one appears to suggest that the soul can ascend to Eyn Sof itself. Isaac of Acre, of the fourteenth century, asserts that “the soul can cleave to Eyn Sof.”

With the exception of some of the modem Hasidic mystics, most Jewish mystics do not believe that the separate existence of the soul is annihilated or that the soul is absorbed into the sefirot at the moment of unity. Because the theistic strictures of Judaism are so fundamental, Jewish mysticism is constrained from pursuing absorptive and annihilative forms of mystical union. The soul may come to stand in the highest domains of the sefirot, but it never becomes a sefirah. Its separate identity remains, and the human never merges into the divine. Mystical union is called devekut (cleaving, or adhesion). It does not convey the same degree of oneness as does the Latin derivative union. It is a communion of two separate and distinct entities that retain their separateness.

The Importance of Intention

The mystics place special emphasis on attentiveness and directedness to each specific ritual action. Rabbinic Judaism has always stressed the importance of seriousness of purpose and willfulness while performing the mitzvot. This is expressed in the famous aphorism: “The commandments require intention (kavvanah).” The mystics go further in stressing that all ritual actions must be directed to the proper sefirah. They also maintain that knowledge of the specific effects of these actions is an indispensable feature of mystical consciousness.

Intention (kavvanah, also called re‘uta, willfulness, in the Zohar), involves the concentrated effort of the heart and body in the performance of the ritual.

One must direct his heart and will (re‘uta) in order to bring blessings above and below…. One who seeks to unite the holy name (i.e.., the sefirot) but does not direct his heart, will and awe, in order to grace above and below with blessings, will have his prayers thrown out and evil will be pronounced upon him…But for one who knows how to unite the Holy Name properly, the walls of darkness are split and the King’s countenance is revealed and seen by all. When this occurs, everything above and below is blessed. (Zohar II:57a)

Intentional action produces an ascent of the soul through the heavens and through the lower levels of the sefirot. […]Ritual action also causes the ascent of the Shekhinah, the last sefirah, which is also called Malkhut, to the sefirah Tiferet: “The Shekhinah dwells in his prayer and [through it] ascends to the Holy One, Blessed be He!” (Zohar II:57a) This union is necessary for the continued flow of divine blessing and providence upon the world.

Intentional prayer produces many positive results for the world, which are designated perfections (tikkunim):

There is a hierarchy of the levels of human accomplishment. Man must first cultivate and develop the faculties of his soul, especially the neshamah. Then he must work for the moral and religious improvement of society through observance of the mitzvot. Next he must perform the religious rituals that will bring about the elevation of his soul to the world of pure forms. Finally he should strive to unite Tiferet and Malkhut [as above] and achieve devekut with the Sefirot.

Affecting the Divine Self: Theurgy

The restorative approach to ritual is based on the belief in “theurgy.” Theurgy is the possibility of influencing God through ritual means without an act of will on God’s part. Rituals affect the sefirot because there exists a mystical nexus between human action and specific sefirot. It is as if Jewish rituals constitute a special language, a system of signs intelligible only to God that trigger responses in God that are incomprehensible to man. The mystic, however, is able to penetrate the causal connection between the theurgic act and the divine response.

The sefirot are conceived of as a series of dynamic forces that are susceptible to human manipulation. The proper alignment of the Sefirot is necessary in order for the divine essence to flow smoothly from Eyn Sof [the “highest” sefirah] to Malkhut [the “lowest” sefirah] and on through the lower worlds. In particular, this alignment is conditional upon human rituals that manipulate the sefirot properly or improperly. If the Sefirot are aligned properly, it will produce divine goodness. If the sefirot are misaligned, divine grace is withheld from the world. Therefore, ritual has a restorative function because it is the primary means by which the theurgic manipulation of the sefirot occurs.

Jewish mystics attribute great power to religious ritual and took upon themselves the obligation to perform theurgic acts. Yet, Jewish mystics also lived within the norms of Jewish life and accommodated themselves to the routine of daily observance. Jewish mystics prior to the sixteenth century rarely created separate societies to practice special devotions contrary to the custom of the rest of the community. When special practices were introduced, especially in the sixteenth century, they did not replace traditional ritual but rather augmented it. Most Jewish mystics were indistinguishable from other Jews because they too believed in the primacy of Jewish ritual, but they viewed it as the means to union with, and restoration of, the sefirot. They did not dispense with conventional ritual in favor of other more individual and idiosyncratic paths to union and restoration.

Jewish mystics applied their own mystical interpretations to the meaning of individual religious actions just as they did to the general meaning of prayer and observance. The unitive and restorative approach to observance can be seen in the formula that Jewish mystics invoke:

In every ritual action, let your effort be directed toward uniting the Holy One, Blessed be He, and his Shekhinah through all camps above and below. (Zohar II: 119a)

Joseph Caro and Moses Cordovero, icons of Safed mysticism, elaborated on the teachings of the Zohar. 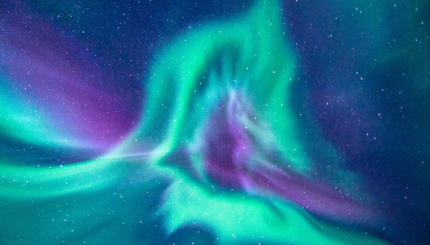