According to evolutionary theory, all life descends from common ancestry and continues to unfold in rich variation. Over billions of years, life evolves through random mutation, genetic recombination, and natural selection. As organisms change, the genetic changes that allow those organisms to survive in their environments are preserved and passed to subsequent generations in greater proportions.

Since its inception with Charles Darwin’s On the Origin of the Species in 1859, evolutionary theory has developed as scientists test, disprove, and rearticulate aspects of the theory. As scientists observe the evolution of bacterial resistance to antibiotics, for instance, they have arrived at new understandings of how genetic material can be transmitted across a population of the same generation.

In an August 2005 “On Language” column in the New York Times, William Safire traced the origins of the term “intelligent design” to an 1847 Scientific American journal article and a 1903 book by Ferdinand Canning Scott Schiller, in which he wrote, ”It will not be possible to rule out the supposition that the process of evolution may be guided by an intelligent design.” Ignored for nearly a century, the term resurfaced in the late 1980s as the catch phrase for an emerging movement to demonstrate divine involvement in human evolution.

Today the intelligent design movement is funded and promoted by the Center for Science and Culture (founded 1996) of a Seattle-based think tank called The Discovery Institute. The institute seeks to shift U.S. public culture away from what it calls the “scientific materialism” of evolutionary theory and towards a theistic understanding of existence by funding scientists who look for evidence of design in nature, assisting in the publication of books, textbooks, and articles that advance the idea, and urging public schools to “teach the controversy” over evolution in biology classrooms.

Although allied with more traditional creationists in their concern that evolutionary theory challenges narratives of divine involvement in human existence, the intelligent design movement does not contest common ancestry of living organisms or the age of the universe; it takes issue with the mechanism of evolution.

Promoters of intelligent design argue that random mutation and natural selection cannot account for the full diversity of life as we see it today. They seek to demonstrate instead that scientific evidence about the complexity of life points to the intervention of an intentional designer rather than to an undirected process.

While the movement purports to be religiously neutral, one of its most vocal proponents, William Dembski, has written, “Not only does intelligent design rid us of [scientific materialism], which suffocates the human spirit, but, in my personal experience, I’ve found that it opens the path for people to come to Christ.” The New York Times reported that most Discovery Institute fellows are conservative Christians.

But there are also Jewish voices in the intelligent design camp. David Klinghoffer, a Discovery Institute fellow, is an ardent advocate of intelligent design. In an article in The Forward (August 12, 2005), he claimed that Jewish thinkers have largely ignored intelligent design and contended that Jews, along with Christians, should adopt the theory because beliefs in God and in natural selection are fundamentally opposed.

Klinghoffer sees attempts to reconcile Jewish belief with evolutionary science as apologetics, arguing that any such reconciliation must inevitably “insist that whatever role God played in life’s development, it is undetectable, thus unfalsifiable.” In a column in the Jerusalem Post (November 8, 2006), he argued that proponents of the intelligent design movement make a more courageous claim, as “their arguments for a designer may be shot down by scientific counterevidence.” Intelligent design movement advocates claim that a designer’s work is detectable in particular cellular processes, but if such processes were proven to evolve without intervention, this would be clear evidence that a designer was not involved.

According to Kinghoffer, Jews who formally and publicly testify every Friday night to God’s creation of the world should align their scientific understandings of the world with this religious testimony. In the Jewish Week (February 24, 2006), he wrote:

“In The Origin of Species, Darwin’s working premise is that God has no role in the history of life. By contrast, in the Friday-night kiddush, a Jew gives witness to the evidence of a transcendent designer, speaking of ‘all His work which God created to make.’ By custom, we stand for this kiddush because it is considered a form of testimony, and in a Jewish court the witness stands. An honest Darwinist should not say kiddush.”

Parallel to his understanding that evolutionary theory undermines Jewish faith, Klinghoffer argues that Jewish ethics, too, depend on intelligent design: “Without a designer, our moral precepts are simply the product of natural selection.”

Klinghoffer’s claim that intelligent design is an essential aspect of Jewish belief is echoed in the writings of rabbis who are similarly concerned that studying evolution may lead to an erosion of faith and ethical behavior. Rabbi Avi Shafran, spokesman for Agudath Israel, argued in The Jewish Observer (December 2005) that Jews should speak on behalf of integrating intelligent design into public school classrooms because, “there are really only two possible perspectives regarding the universe: that In The Beginning there was either chance, or there was purpose … If a child comes to accept the idea that humanity’s roots lie in pure chance, there can be no more meaning to good and bad actions than to good or bad weather; no more import to right and wrong than to right and left.”

Natan Slifkin, an Orthodox rabbi and author of The Challenge of Creation: Judaism’s Encounter with Science, Cosmology, and Evolution, profoundly disagrees with Klinghoffer and Shafran. His book and his teaching (about animals, earning him the title “Zoo Rabbi”) outline evolutionary theory for Jews who struggle to reconcile biblical and rabbinic narratives of human origins with scientific understandings.

Slifkin distinguishes between the many varieties of theistic evolution and the claim of intelligent design proponents that the movement offers scientific proof for a divine hand in evolution. Slifkin understands evolution as set in motion by a Creator who placed the first atom of matter into the universe along with a set of laws so intricate that they would bring about the complexity of life as we know it. He reads intelligent design as a threat rather than an asset to Jewish faith: “The danger of intelligent design theory is that it risks forming a “God-of-the-gaps”–a creator who is invoked to account for phenomena that science cannot explain, but whose existence is unnecessary if science is eventually able to explain such phenomena in naturalistic terms.”

Slifkin has called intelligent design “no friend to Judaism,” and wonders if, in fact, the movement’s ideology limits God’s ability to create: “Was He incapable of designing laws that could accomplish all His objectives and therefore had to interfere to bring about the results that He wanted?”

Regardless of their theological views on the origins of the universe, Jewish groups that advocate for freedom of speech and religion in U.S. public schools oppose the intelligent design movement.

In a fall 2005 trial (Kitzmiller v. Dover Area School District et al.), parents of high school students in Dover, PA accused the school board of instituting religion in the public school when it tried to force biology teachers to teach intelligent design as an alternative scientific theory to evolution. The Jewish Social Policy Action Network, the Jewish Council for Public Affairs, and the Jewish Alliance for Law and Social Action filed an amicus brief in that case, expressing concern in particular at the Discovery Institute’s intent to, as these groups saw it, impose a particular religious world view on U.S. public culture with the introduction of intelligent design in biology classrooms.

Judge John E. Jones III ruled in that case that teaching intelligent design in a public school would violate the separation of church and state, and argued further that “the writings of leading ID proponents reveal that the designer postulated by their argument is the God of Christianity.”

The Anti-Defamation League and the American Jewish Committee issued press releases in support of the ruling, and continue to offer resources to communities where intelligent design becomes an issue in public schools.

Although Klinghoffer claims that the Jewish press has largely ignored the intelligent design movement, many Jewish leaders and institutions have given it a clear response. As intelligent design theory coursed through the secular and Jewish press in 2005-6, writers from across the Jewish spectrum responded with their understanding that the science of evolution and the religious thought and practice of Judaism are complementary.

This coexistence may require delineation between evolutionary theory and the societal arguments that some have attached to it. The claims of Social Darwinist Herbert Spencer and his intellectual heirs–that, for instance, social programs to aid the poor undermine the process of natural selection in human populations, inhibiting the true progress of the species–are anathema to the Jewish commitment to help the poor.

In an article in Reform Judaism (Spring 2006), Rabbi Harold Schulweis separates Spencer’s conclusions from evolutionary theory and responds to them directly: “Spencer religionized Darwin. This is not science; it is scientism, and it is precisely such an illicit conversion of facts into values that Judaism rejects.”

The founder of Reconstructionist Judaism takes a pragmatic approach.

Jewish tradition and scientific reasoning provide two different and sometimes contradictory sources of truth, and Jewish thinkers throughout the ages have struggled to address these contradictions. 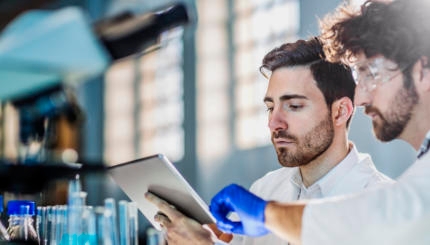