Although philosophical ideas are found, of course, in the Bible‑-monotheism itself is such an idea‑‑philosophy proper, in the sense of a systematic examination of the teachings of the Jewish religion in the light of what was considered to be pure human reasoning, did not emerge fully until the Middle Ages, although it was anticipated by Philo of Alexandria [died 50 CE].

The philosophy of the medieval thinkers such as Saadiah Gaon [882-942], Bahya Ibn Pakudah [11th century], Judah Halevi [died 1141], Maimonides [1135-1204], Gersonides [1288-1344], and [Hasdai] Crescas [died 1412], was either Aristotelian or Neoplatonic or a mixture of both. None of these thinkers were acquainted with Greek thought at first hand but only knew it from Arabic translations, which enjoyed a wide circulation.

Although the medieval thinkers employed philosophical method, their main aim was to demonstrate that the Jewish religion can be reconciled with the truth, as they saw it, of Greek philosophy. Their endeavors were not directed to the question: is Judaism true? Rather the thrust of their thinking was to show that the true religion in which they believed and to which they subscribed without reservation, could be interpreted so as to conform with philosophical truth.

In this sense, these thinkers are best described as theologians rather than philosophers. In their various ways, they tried to show that the truth conveyed through revelation is the same truth taught by the Greek thinkers, except where the two clearly diverge. When the divergence became apparent, philosophy had to yield to revelation, since there is only one truth.

Many Jews in the Middle Ages believed the philosophical approach to be dangerous to faith. Once human reasoning is given its head, they argued, it can easily lead to a surrender of religious faith in those areas where faith seems to be unsupported by reason. Faith might even come to be seen as irrational. After the death of Maimonides, the Jewish intellectual world was split between the Maimonists and the anti‑Maimonists; the former held fast to the philosophical approach, the latter denied its value and denigrated its pursuit.

With the rise of science, the challenge presented to Judaism by Greek philosophy became a thing of the past. Western thinkers turned to science for the solution of many of the problems considered important by the ancient and medieval philosophers.

The new philosophers–Spinoza, Descartes, Hume, Kant, Hegel, and Nietzsche, later the existentialists, and later still the linguistic philosophers, all developed their own original approach, presenting new challenges to traditional Judaism. But in the modern period philosophy was largely pursued by Jews as a discipline independent of religion. It is far less accurate to speak of Jewish philosophers than philosophers who happened to be Jews. Only in the ranks of the comparatively few Jewish theologians were attempts made to work out a Jewish philosophy.

The majority of the traditionalists preferred to devote their intellectual efforts solely to the study of the traditional sources, Bible, Talmud, and the Kabbalah. But the approach of the Maskilim [the proponents of the Jewish Enlightenment] had as its aim the development of an “enlightened” approach to Judaism and can be considered to be in the Jewish philosophical tradition.

Side by side with these Jewish philosophical trends, scholars have investigated the philosophical ideas contained in the classical sources, so that one can speak of the philosophy of the Bible, of the Talmud, of the Halakhah, of the Zohar. But here it has to be appreciated that the attempt involves imposing on these sources a system basically foreign to their organic nature. 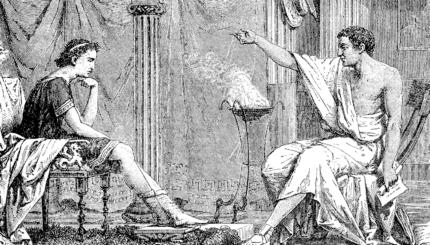 Maimonides reconciled views of the Greek philosopher with Judaism.

Can faith and reason coexist in Jewish thought? 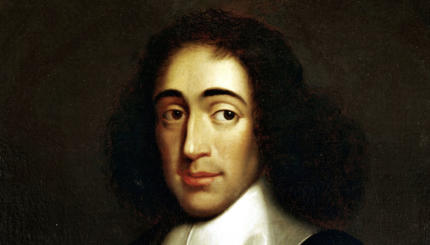