“Grandchildren are the crowning glory of their elders; parents are the pride of their children.”
Proverbs 17:6

We all know the saying “Insanity is contagious; you get it from your kids.” It seemed for a while that research bore this out, at least in part. Psychological studies demonstrated that marital satisfaction decreases dramatically after the birth of the first child and increases only when the last child leaves home. In Stumbling on Happiness, Harvard psychologist Daniel Gilbert marshaled evidence to suggest that societal myths that having children makes people happy are actually incorrect. He calls this a “belief-transmission game” where we falsely believe that certain things contribute or detract from our happiness. One of them is money, which has been shown to bring happiness only when it relieves an individual of poverty but above that is inconsequential to life satisfaction. The other is parenting.

Every human culture tells its members that having children will make them happy,” Gilbert contends. People look forward to it with happy expectation. When people are asked about sources of happiness they invariably point to their

I remember first reading this research and feeling a punch in my stomach. Jewish life is predicated on continuity and regards the family as the sacred unit by which faith and culture is transmitted. Granted, obligation and responsibility top personal happiness within the framework of faith communities generally and Judaism specifically. It is not that happiness is not important. It’s that happiness is not the most significant or sole motivator for our beliefs and practices.

This smooth and happy family transition and succession does not always happen. The chapter in which this verse from Proverbs appears, shares something of what happens when families cannot operate with this sense of continuity and pride: “Better a dry crust with peace than a house full of feasting and strife.” In other words, it’s better to be raised in a home where there is little money but much peace than where there is wealth and strife. Later the same chapter offers some advice about keeping that peace: “Before a dispute flares up, drop it,” and then describes what a great sibling relationship looks like, “A brother is born to share adversity.” It’s easy to be a good sibling when times are good. The better measure is shared loss and difficulty.

Before you get too depressed, an article from USA Today (I was in an airport) in a loud banner screamed, “Parents Aren’t Destined to Be Unhappy.” What a relief! I think I’ll keep my children now. Two new studies suggest that earlier findings may be flawed. Studying 52,000 parents, these studies showed that well-being is elevated while waiting for a child to be born and during the first year of a child’s life. A different study demonstrated that although parents seemed to be less happy between 1985-1995, from 1995-2008, parents were happier. Is this because children have changed, parents have changed or because there has been some kind of societal shift that has helped us understand the nature of personal happiness? It might be too early to tell.

Proverbs 17 also includes the verse, “A joyful heart makes for good health.” That joyful heart includes children, who are the crown of our existence whether you are a parent, an aunt, a friend or a member of society who believes in the next generation. And if that bundle of joy is also a challenge at times, then perhaps children help us affirm our humanity and self-sacrifice. In the words of Hillel, if I am only for myself, who am I? 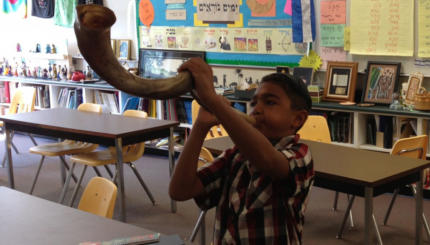 The Good, The Bad and The Ugly

Looking back on the past few months, I wouldn’t call it a “cruel summer.” Nor would I call it “the ...