Ira Eisenstein is best known for implementing the ideas and philosophies of Rabbi Mordecai Kaplan and for his role in the creation of the Reconstructionist Movement in Judaism.

Born in 1906 in New York City, Eisenstein was ordained by the Jewish Theological Seminary in 1931. In 1934, he married Judith Kaplan, the daughter of Mordecai Kaplan. Judith is most famous for being the first woman in the United States to have a Bat Mitzvah.

Studying at Columbia College and the Jewish Theological Seminary, Eisenstein became a disciple of Rabbi Kaplan. He was so influenced by his teachings, that upon his ordination from JTS, Eisenstein served as a rabbi at the Society for the Advancement of Judaism, a congregation which Kaplan had founded in 1922.

After leaving SAJ, Eisenstein moved to Chicago to work at Anshe Emet Synagogue, the first Conservative synagogue in the United States to form a Jewish day school. In 1959, sensing that his father-in-law’s philosophies needed more attention and organization, Eisenstein left Anshe Emet to focus his time on promoting Reconstructionist Judaism.

Eisenstein, and others, disagreed with Kaplan. They viewed Reconstructionism as a distinct movement, and were frustrated that its leaders were being trained at Conservative and Reform rabbinical schools. Eventually, Kaplan gave permission for a Reconstructionist school to be formed. In 1968, the Reconstructionist Rabbinical College was founded in Philadelphia, Pennsylvania, with Rabbi Eisenstein serving as president.

Under his leadership, the RRC laid out an original curriculum for training rabbis. The RRC, under Eisenstein, emphasized Kaplan’s notion of Judaism as a civilization. Each year of study focused on a particular historical period in Jewish history. The entire course of study, then, highlighted the evolution of the Jewish people.

Additionally, all rabbinical students were required to pursue a religion degree at the nearby Temple University in order to broaden their understanding of the academic study of religion.

Beyond his work as a pulpit rabbi and president of the Reconstructionist Rabbinical College, Eisenstein was a published author. His most important books were Creative Judaism, What We Mean by Religion, and Judaism under Freedom. 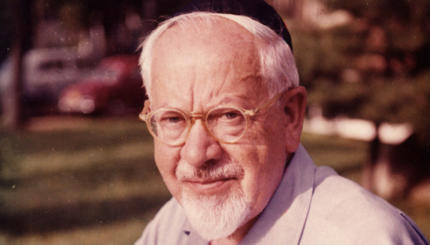 Talking about the decline of Jewish Peoplehood was all the rage in 2007. But the debate between Jewcy’s Joey Kurtzman ...