Some early rabbis resisted a completely fixed version of the liturgy, resulting in the designation of appropriate points for personal prayer and the development of different versions of the same berakhot (blessings). A passage in the Talmud (the main document of Rabbinic literature), for example, records two different versions of the berakhah (blessing, singular) immediately preceding the Shema. One version begins “Ahavah rabbah” (with great love) and the other begins “Ahavat olam” (with eternal love). While some communities settled on the latter alone, others allocated one version to Shaharit (morning service) and the other to Ma’ariv (evening service)–the practice recorded in Siddur Sim Shalom (the prayer book of the Conservative movement). But note that the theme of the berakhah is not altered, and the berakhah format is retained in both versions.

In the Land of Israel from about the fourth through the seventh centuries, the use of piyyutim (liturgical poems) in lieu of the standard versions of the berakhot was very popular. A piyyutic version of the Amidah (the core prayer of any Jewish prayer service), for example, would not begin “Barukh atah Adonai, Eloheinu velohei avoteinu…” (Praised are You, Lord our God and God of our ancestors…”) but rather with a poem. It would weave together the theme of the berakhah, in this case God as the defender of Abraham, with the Torah reading for the week or the holiday or some other appropriate reference. Scholars have uncovered many of these among the fragments found in the Cairo Genizah (cache of discarded sacred documents). They testify to a cultural willingness to view the aesthetics of liturgy as malleable. What does not change is the arrangement of the themes of the Amidah into a berakhah series, each marked by the use of the closing berakhah formula. So in a poetic version of a Shabbat Amidah, there are still seven berakhot; it’s just that the standard language has been replaced by a poem. The standard seven closing berakhah formulae are still there, with their themes intact.

The Tosefta, a legal compendium organized like the Mishnah (the first document of rabbinic literature) and roughly contemporaneous with it (early third century), describes how different communities had different numbers of berakhot in their weekday Amidah: the preferred option was eighteen, but some communities were known to have nineteen, twenty and even twenty-one. The Tosefta concludes that any of these are appropriate, as long as the thematic content of the Amidah is not violated.

Sometimes liturgy changes for political reasons. Birkat Haminim, the twelfth berakhah of the Amidah, asking that our enemies be destroyed, owes its initial incorporation into the Amidah to efforts to denounce certain Jewish sectarians. Though it has been amended over time due both to changes in our definition of an enemy and to censorship, all of the changes preserved its theme as well as the berakhah structure and concluding formula.

Even the adaptations made out of theological conviction by Reform and Conservative Jewry generally retain the berakhah series pattern with formulae and themes intact. For example, the fourth berakhah of the Shabbat Musaf Amidah, dealing with the sacrificial cult, has shifted in Conservative Judaism from

(There our ancestors sacrificed to You with their daily offerings… they offered…) (Siddur Sim Shalom, 434-435). Note the shift from “we” and “our” in the first example to “our ancestors” and “their/they” in the second. These small changes in wording avoid the theological stumbling block of an overt wish for restoration of the sacrificial cult while retaining the theme and structure.

When discussing alternative language for berakhot, we must consider that berakhot have always drawn their language from the Bible. All of the standard wording of the first berakhah of the Amidah, for example, can be traced to similar phraseology in the Bible. The liturgical composer might alter the tense of a verb, or cast singular language into plural, or place phrases drawn from two different verses alongside each other, but beyond that the writer rarely would roam, no doubt in an effort to lend the liturgical compositions an ecclesiastical seal of approval. Even the composers of piyyutim largely limited themselves to phraseology and imagery drawn from the Bible; their innovation was to draw upon language from rabbinic literature, known as oral Torah, thereby maintaining the biblical connection.

So a historical appreciation of our liturgy reveals not that liturgy should not change, but that when it does, the structure and themes should be retained. Any new language should be drawn from either the biblical or rabbinic corpus. Above all, change should never be dictated by the whim of an individual, for that violates the very role of liturgy: to give expression to a community, transcending time and location

The very structure of the normal Jewish blessing formula (Barukh Atah…) reflects the tension of recognizing and responding to God's immanence and transcendance.

How the balance of keva (routine) and kavanah (intention) inform Judaism and the thought of Abraham Joshua Heschel. 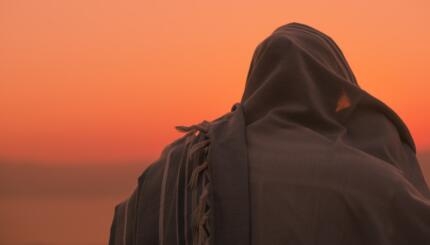 In the words of one sage, "Prayer without kavanah is like a body without a soul."