In a situation in which the husband produces far too few sperm with each ejaculate to impregnate his wife or where a woman is unable to move the egg from the ovary into the uterus because of blocked Fallopian tubes, the former Israeli Chief Rabbi Ovadiah Yosef gave his qualified approval to the in vitro [i.e. test tube] fertilization of the woman’s egg with the husband’s sperm and the reimplantation of the fertilized zygote or tiny embryo into the same woman’s womb.

Another former Chief Rabbi, Shlomo Goren, asserted that conception in this manner is morally repugnant but legally unobjectionable.

This situation represents a type of barrenness akin to physical illness and, therefore, justifies acts which entail a small amount of risk, such as the procurement of eggs from the mother’s ovary by laparoscopy, a minor surgical procedure.

There is certainly no question of adultery involved, since the sperm used is that of the husband. Sperm and egg procurement for this procedure are permissible because the aim is to fulfill the biblical commandment of procreation. The offspring is legitimate and the parents thereby fulfill their obligation of having children.

However, certain serious moral and Jewish legal problems relate to this type of test‑tube baby. If one uses sperm other than that of the husband, objections exist. Furthermore, if one obtains several eggs from the mother’s ovary at one time and fertilizes all of them so as to select the best embryo for reimplantation, is one permitted to destroy the other fertilized eggs? Do they not constitute human seed and, therefore, should not be “cast away for naught”? Is one permitted to perform medical research on the unused fertilized eggs? What is the status of other fertilized ova in the test tube? Is the destruction of such fertilized ova tantamount to abortion? Is such a fertilized ovum regarded as “mere water” during the first forty days of its development?

In Judaism there is no concept of waste applied to the tens of millions of superfluous sperm which are lost following normal coitus. Perhaps excess fertilized eggs might be implanted into non-ovulating women. What, then, should be the approach if no woman is available for an additional implant and there has been more than one successful fertilization? If a fertilized ovum is “more than nothing,” would Jewish law mandate in vitro procedures with only one ovum at a time?

Are All Fertilized Eggs Equal?

There may well be a Jewish legal and ethical distinction between a fertilized egg in a test tube and a fertilized egg in a uterus. The question of the possible independent existence of a zygote has legal import. Jewish law requires the desecration of the Sabbath to preserve the existence of an embryo in the mother’s womb even less than forty days old. If there is no human fetal life outside the uterus, a superfluous fertilized ovum could be disposed of by any means, such as flushing down the drain.

An alternative course of action would be to refrain from supplying nutrients to the ovum, thereby allowing it to perish. One can redefine the question in terms of whether or not an unfertilized egg may be deemed to be of ethical import as potential life. Since the vast majority of unfertilized sperm and eggs are never fertilized and do not constitute new life, only a fertilized ovum might be considered as potential life. If a fertilized ovum were equated with human life, Jewish law would even require the expenditure of substantial sums of money to transport a superfluous fertilized ovum great distances, if necessary, for implantation into a nonovulating woman.

The Committee on Medical Ethics of the Federation of Jewish Philanthropies of New York concluded that a fertilized egg not in the womb, but in an environment–the test tube–in which it can never attain viability, does not have humanhood and may be discarded or used for the advancement of scientific knowledge.

It should also be stressed that even in the absence of Jewish legal or moral objections to in vitro fertilization using the husband’s sperm, no woman is required to submit to this procedure. The obligations of women, whether by reason of the scriptural exhortation to populate the universe or by virtue of the marital contract, are limited to bearing children by means of natural intercourse.

If and when medical science develops more advanced techniques of test‑tube gestation, it may be necessary to reexamine these moral and legal questions. [Rabbi Moshe] Hershler addresses the issue of a fetus incubated for its full gestation in a totally artificial womb or incubator without using either the natural mother or a surrogate mother’s uterus. Is such a child human when it is “born”?

Although this creature may have the hereditary characteristics of its biological parents, humanhood is usually assumed to occur following natural conception, pregnancy, and birth through a woman’s womb. Does the interruption of this natural process even for a short period, such as for in vitro fertilization, negate the humanhood of such an infant? Is such an infant to be considered as a golem (artificially created “human” being) or as an angel, neither of whom are conceived and born from a woman’s womb, and neither of whom are included in the human race? If so, destroying them might not be considered an act of murder. Would the destruction of a baby “born” in an artificial womb or incubator without ever having been in a human uterus be an act of murder?

Hershler cites numerous sources, including the famous talmudic passage which describes a golem and concludes that the latter is not human but akin to a robot. On the other hand, a baby born after in vitro fertilization is derived from human seed, both egg and sperm, and matures and grows according to the laws of nature. Therefore, such a baby‑‑even if totally gestated in an artificial womb‑‑should be considered human with all the legal and moral responsibilities of a similar child born in the usual manner.

Reprinted with permission from Biomedical Ethics and Jewish Law, published by KTAV. 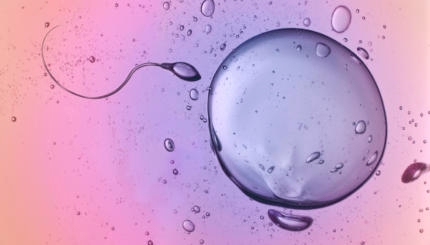 The relationship between Jewish law, Jewish ethics, and the ethical principles of general society are navigated differently by different Jewish authorities. However, there is one principle that can be singled out for its prominence in Jewish bioethical di

The Fetus in Jewish Law

Does a fetus have the same legal status as a person?