To make a successful match is cause for great joy. Tu B’Av [the 15th day of the month of Av] is generally known as the Jewish “Sadie Hawkins Day.” It is a time when matchmakers are busy applying their trade. Weddings are also often held on that day. The Talmud states that both Yom Kippur and Tu B’Av were the most joyous days of the year, for on those days the young women of Jerusalem would don borrowed white garments (in order not to shame those who owned none) and dance in the vineyards chanting, “Young man, lift up your eyes and see what you choose for yourself. Do not set your eyes on beauty, but set your eyes on a good family” (Babylonian Talmud, Taanit 26B).

In earlier times, there were different settings for the making of matches. In those days, matches were often made at fairs where the multitudes gathered. In the book Yeven Metzula (Abyss of Despair) by Rabbi Nathan Nata Hanover, the author describes how thousands converged upon the fair in Poland in the years prior to the Chmielnicki massacres (1648-1649). The open fairs of the summer were held on the seaside villages of Zaslow and Yerislav and attracted great numbers of people. The fair was a place for socializing, conducting business, and relaxation. It served as a brief respite from the difficulties of life.

Tu B’ Av marked the end of the summer sessions in the yeshivas of Poland and thousands of students would converge upon the fair with their instructors. There, they studied with students from other yeshivas.

Naturally, the fair was also an ideal place for networking and the arrangement of marriages. Rabbi Hanover wrote, “Whoever had a son or daughter of marriageable age journeyed to the fair, and there arranged a match. There was ample opportunity for everyone to find their type and suit. …hundreds and sometimes thousands of such matches would be arranged at the fair” (Yeven Metzula, p. 63).

A rabbinical ruling was issued regarding matchmaking at fairs. A convention of Poland’s rabbinical leadership, the Council of the Four Lands, which met at a fair in Lublin, Poland, in 1580, ruled that the payment of more than one fee to the matchmaker (for a successful match) was prohibited, even if more than one matchmaker was involved. They further stipulated that the fee would be set according to the means of the families of the betrothed (Shmuel A. Arthur Cygielman, Jewish Autonomy in Poland and Lithuania Until 1649, Zalman Shazar Center for the Furtherance of the Study of Jewish History, Jeruslaem, 1991, page 263).

The fairs in Poland were a substitute for the open fields in biblical times. The times, circumstances, and locations in which marriages were arranged have frequently changed over time and they continue to change. Diverse situations, however, offer the same opportunities for those in search of their bashert (destined one) and allow for the continuity of the Jewish people.

Reprinted with permission from The Jewish Holidays: A Journey Through History (Jason Aronson).

Pronounced: bah-SHAYRT, Origin: Yiddish, term is used to describe something that was meant to be or someone who is one’s intended/destined soul mate, Alternate Spelling: beshert. 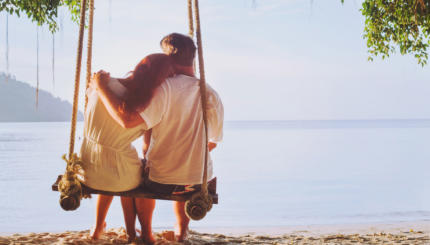