There is a well known Midrash that tells of God taking Adam on a tour of the world shortly after his creation. At the end of the tour, God says to Adam, “Now, make sure you don’t destroy this world, for there will be no one after you to come and fix it.”

We can still hear God speaking these words today if we listen carefully. Woven into the fabric of our tradition, an environmental ethic appears throughout the halachic (legal) and mystical teachings of the Torah. It is part of the ancient consciousness that each generation inherits from those that came before, whose responsibility it is to then pass it on to those who will come next. As history unfolds and society changes, new faces of the Torah are revealed, as its ancient laws must be applied to completely new situations.

Over the past century humans have developed technologies whose use and implementation have exponentially increased our destructive impact on the natural world. Among the most detrimental have been the changes we have made in the most fundamental human action: growing food to sustain our existence.

Following World War II, America and the rest of the world began its shift from a more traditional, organic-by-default approach to farming to one that depended on synthetic chemicals in order to control pests and weeds as well as to fertilize the soil. The intent was to increase food production in hope of wiping out world hunger, something that never actually happened, although food production was greatly increased.

The original proponents of chemical pesticides, focusing solely on the shorter production time and increased crop yield the pesticides would bring, were unaware of the long-term harmful effects these chemicals would have not only on the land and the food it grew, but also on local water sources and animal life, in addition to the effects on, of course, us humans.

Though each negative impact of chemically intensive farming is of extreme importance and can be responded to from within the framework of Torah, we will focus here on the specific impact it has on human health (though the impact on soil, water, and other animal life is, of course, also a human health issue).

Therefore the question that stands before us is: Does a method of farming based on synthetic chemical inputs fit within the vision the Torah has for life here on Earth?

To answer this question, we go to two verses in this week’s Torah portion Vaetchanan, that state, “Guard yourself and guard your soul very much (Deut. 4:9)” and “You shall guard yourselves very well (Deut. 4:15).”

The Sages explain that these verses refer to the mitzvah of protecting one’s physical health. As Rabbi Ephraim Luntchitz explains: “‘Guard yourself’ means taking care of the body.” According to the Sefer Hachinuch, this mitzvah extends beyond the obligation of protecting oneself from things that can end one’s life to include also those things that can damage one’s body.

The body was given to us as a vessel whose primary function is to house the soul so that the soul can dwell in this world and fulfill its purpose. Maimonides comments: “Since maintaining a healthy and sound body is among the ways of God–for one cannot understand or have any knowledge of the Creator if he is ill — therefore he must avoid that which harms the body and accustom himself to that which is helpful and helps the body become stronger (Hilkhot Deot 4:1).”

We also learn from the Shulchan Aruch, the primary compilation of Jewish law, that we should avoid all things that are a potential risk to our lives. So holy and valuable is our being alive in the eyes of God that we are directed to stay away from something that is even just potentially harmful.

How much more so in the case of food grown with pesticides, whose harmful effects on human health are supported by a vast amount of documented research. The very purpose of pesticides in the world is to kill living things–weeds, insects, rodents, worms, aphids, termites, or moths–which harm our food. It is not only acknowledged, it is proudly boasted by the pesticide industry, that the pesticides being used are powerful poisons. In fact, the Environmental Protection Agency (EPA) lists over 100 of the 300 standard chemicals in pesticides as carcinogenic.

Certain chemicals found in some pesticides, even if present only in very small concentrations on foods and in runoff and groundwater, reach ever higher concentrations as one moves up the food chain. The effects of these chemicals are cumulative, and as they accumulate in our bodies, risks grow with time, particularly for children.

Other chemicals used do not have this cumulative affect, yet any small amount of toxic chemicals in the environment can have very profound effects on the lives of unintended victims–both human and non-human.

The agricultural industry now pumps over 1.1 billion pounds of pesticides into American farms, soils, and waters every year. Proven links from certain pesticides to thousands of illnesses, increased incidence of cancer, and other human health risks have been well documented.

An increasing body of research shows that pesticides and other contaminants are more present in the foods we eat, in our bodies, and in the environment than we thought. By eating organic foods, you can reduce your exposure to the potential health risks associated with those chemicals.

The Torah teaches us to choose life (Deut. 30:19). The decisions we make must enhance our ability (and the ability of others) to live in this world as healthy physical and spiritual beings.

The Sages throughout the generations internalized this concept very deeply both in the way they lived their own lives and in the way they guided others to live. An example of this is Maimonides’ Mishneh Torah, where he enumerates various situations in which a person is not allowed to eat specific foods or drinks out of fear that there may be poison in them. How would Maimonides react today to the myriad of foods found in supermarkets that contain residues of multiple pesticides, or in other words, remnants of poison?

Confronting this issue on a very practical level, we know that it is quite difficult to avoid eating any non-organic food. If we are financially able, we can commit to bringing only organic food into our homes, but even so, once we step outside our front door, the control we have over our food is not always what we would like it to be.

“You shall guard yourselves very well.” God cares a great deal about how we treat our bodies, about how we grow our food, and about the kind of food we choose to eat. Through our modern-day application of this ancient wisdom, we have the ability to transform ourselves and the world into greater and stronger vessels to help further the process of universal redemption, may we experience it soon in our days.

There are real actions we can take to preserve species diversity. 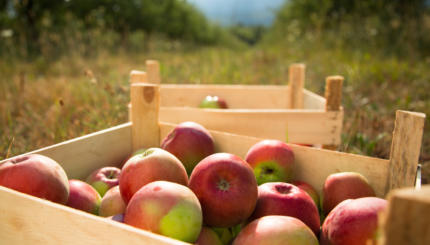 The Spirituality of Caring for Our Bodies

We may need to work on our spiritual health in order to ensure our physical health.