Swimming lessons may not be high on every parent’s list of appropriate activities for a 3-year-old. But they were important to Alice Prussin. Shortly after the Berkeley, California, resident adopted Rina, she made sure to take the toddler to a local pool. Together, they practiced going underwater until Prussin felt confident that Rina would be able to handle the big event her mother had planned: taking a ritual bath in a mikveh (Jewish ritual bath), according to Jewish law, to mark Rina’s formal conversion to Judaism.

Adoption is a Mitzvah

The experience turned out to be so powerful, said Prussin, 42, that it brought all the adults present–two rabbis and the head of the conversion program, as well as Prussin and her partner–to tears, and Rina “lit up like a lightbulb. She got it.”

Rina now has a 21-month-old sister, also adopted, whom Prussin, an architectural lighting designer, and her partner also plan to convert.

Twelve years ago, when Wayne Steinman, 48, and his partner Sal Iacullo of Staten Island, brought four-month-old Hope with them to High Holy Day services at Congregation Beth Simchat Torah in New York’s Greenwich Village, they opened the floodgates to parenthood for New York City’s gay and lesbian community. One half of  the first gay couple to openly adopt a baby in the city, Steinman recalled the reaction of friends in the congregation that day. “It was a ‘Wow!’ reaction. No one really thought about having grandchildren before,” he said
.
Welcome to the late 20th-century “Gaybee Boom.” And if what gays and lesbians have craved from the Jewish community has been acceptance, from the accounts of many such couples who have adopted babies, that embrace has been forthcoming–at least from Judaism’s liberal denominations.

According to Rabbi Joel Roth, professor of Talmud and rabbinics at the Jewish Theological Seminary in New York City, the academic center of Conservative Judaism, Jewish law does not expressly forbid adoption by gays and lesbians any more than it would object to placing a child with a family that desecrates the Sabbath. “It’s a mitzvah (commandment) to care for an orphan,” explained Roth. Beyond that, the Talmud doesn’t have knowledge of adoption, in the modern sense.

Indeed, for a number of single-sex couples, parenting has been the way back into a form of traditional Judaism from which they had felt estranged. For others, it’s been a natural extension of Jewish practice firmly ingrained either from childhood or through connections established as adults. Still others have carved out their own definitions of Judaism to fit what they believe is the best way to maintain a link with a religious and cultural identity they say they wish to pass on to their children. Finally, as with interfaith heterosexual couples, conflicts over which religion to favor are also prevalent for gay couples who don’t share the same religious faith.

At the same time, for rabbis–spiritual leaders of both so-called gay and [many] mainstream congregations–the traditional Jewish emphasis on family and commitment to community has provided an acceptable avenue to sanction loving relationships and alternative family constellations not found within the bounds of tradition. “The notion of a typical family doesn’t exist around here. It’s no longer used as a measure of family,” said Rabbi Stuart Kelman whose 10-year-old Conservative congregation, Netivot Shalom in Berkeley, is known to be welcoming to gay families.

While gay couples seeking to adopt report great variation in how much organized Jewish support is available to them–depending on where they live–it is not uncommon in large urban centers such as New York City, Los Angeles, and San Francisco, for the local Jewish Family Services to be extremely accessible. In these urban centers, JFS conducts the legally required home studies and puts couples in touch with adoption agencies and legal resources that are open to gay placement. Prussin, for example was able to turn to the Hebrew Free Loan Association of San Francisco for a loan to cover much of the expense entailed by her adoption.

On the whole, the gays and lesbians like Prussin who are actively engaged in the Jewish community stress the importance of formally converting adopted children. Many want to avoid any questions that may later arise surrounding the girls’ Jewish identity. Not all, though, agree that conversion is the most pressing concern gay couples face when they adopt. “I don’t believe in biological Judaism. It’s not a helpful concept. [Therefore,] I will support [a couple’s desire to convert a child], but I don’t require it,” asserted Rabbi Jane Litman of Congregation Sha’ar Zahav in San Francisco.

For Litman, the biggest challenge facing the organized Jewish community as it works to absorb what she perceives as an ever-growing population of children adopted by gay couples, is in education. “It’s really important as Jews that when we give a first-rate Jewish education, to make clear that the family constellation, whatever it looks like, is affirmed as a Jewish way of living; that they are considered fully members of our community,” she said. Because the available religious school curricular and teacher-training materials don’t yet reflect what Litman called “the realities of our population,” she said that Sh’ar Zahav is working to develop these.

Her colleague, Rabbi Sydney Mintz of Temple Emanu-El, also in San Francisco, and the first openly gay rabbi to be hired by the 1,700-household Reform congregation, had another concern. It’s critical, Mintz said, that mainstream rabbinic authorities officially recognize the sanctity of gay unions, if not for the sake of the couples, then surely for the sake of their children, both adopted and biological. “As rabbis, we have to give them [the children] a legitimate identification as Jews from the beginning. If a couple feels comfortable and supported and welcome, then their children will feel positive about the Jewish community and strongly identified. A congregation and community that can be accepting of gay couples will enable their children to feel warmth about their affiliation.”

This article was originally published on JewishFamily.com, and is reprinted with permission. 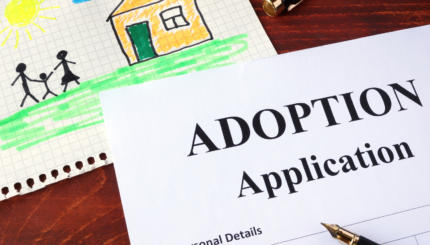 A Jewish-lesbian-grandmother-feminist-activist shares her story.

Among each of the movements, admitting gay and lesbian students has been a cause of debate, concern...and learning.